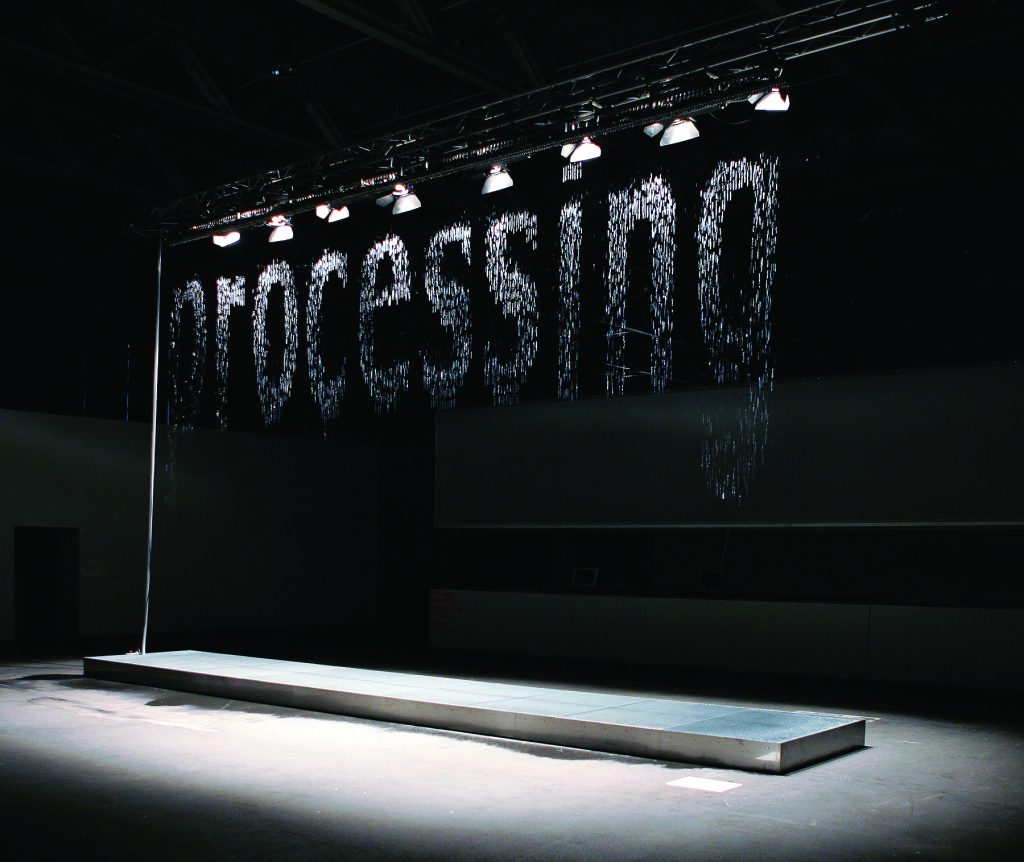 At the intersection between art and science, the works of Julius Popp enlarge and redefine the notion of interactivity.  Popp uses technology as a means to separate and objectify natural, social and cultural processes as well as cognitive structures.  Exploring and inventing a formal and functional language in order to express his artistic preoccupations lead Julius Popp to develop machines and robots capable of interacting with their environment and even develop a form of artificial consciousness.

In his first exhibtiion in Canada, Popp presents among other works, micro.adam and micro.eva, two simple robots that discover their own bodies and develop body-consciousness, and bit.fall a large scale sculpture which uses water droplets and a computer-controlled valve system to create an enormous, ever-changing water wall of words.

Julius Popp was born in 1973 in Nuremberg. He studied at Hochschule für Grafik und Buchkunst in Leipzig (Meisterschüler Astrid Klein). He received numerous international awards including the Künstföderpreis der Stadtwerke Halle und Leipzig 2002, the Robot Choice Award 2003, and he was nominated for the Inspire-award 2004. He works and lives in Leipzig, Germany.