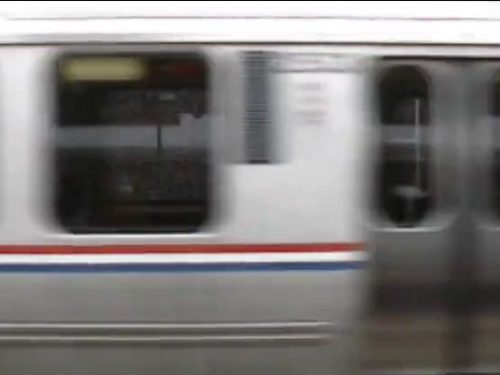 During my residency I worked on three projects. First, I put the finishing touches on a video installation entitled It shouldn’t be cancer, which I had started at Stanford, but which needed some adjustments. I also finished putting together the elements of a CD-ROM catalog that provides an overview of my work over the past fifteen years. Finally, I shot the first images for a new video project.

The audio and video works presented at OBORO were produced over the past two years. In these works, I seek to capture those words lost in the depths of memory, that fleeting memory that tries to resurface, that sudden alignment of obstacles to the gaze: my interest is in the banalytic, in the everyday trajectory of the common human. I look for the moment when things stop.

Because, of course, everything goes very fast. Yet, despite cell phones, passing in the fourth lane on the left, and fast food restaurants, all it takes is an inclination of the gaze for things to slow down, for little alcoves to open up in time. Time may be like a river flowing under the bridge, but the first sailor will say that the course is disrupted by little eddies, counter-currents, turbulence, places of still waters: time is not the same everywhere. I try to create these small whirlpools that are immobilized in the current. – Jocelyn Robert

Jocelyn Robert is a multidisciplinary artist from Quebec City. Known for his research in audio art, he has published seven solo CDs, participated in more than twenty others, and presented installations and performances in Canada, the United States and Europe, either solo or with artists such as Diane Landry and Émile Morin, or collectives such as Bruit TTV and Le Grand Orchestre d’Avatar. In 1993, he founded the Avatar artist-run center in Quebec City, which he directed until 2001. In February 2002, he won the first prize “New Image” at the international media arts festival Transmediale, in Berlin, for his video installation L’Invention des Animaux.