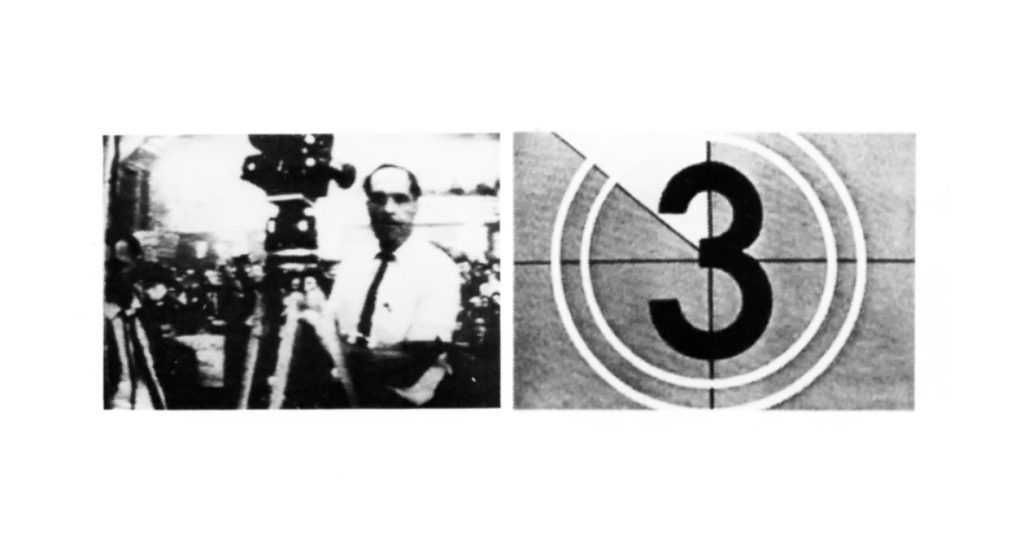 Opening on Saturday, January 9, at 4 pm

For always, there are montages*. A montage extravaganza. To think is to edit. (. . .) For as illuminating as an idea may be, it is always part of a montage, it builds or organizes itself by montage, by trial and error, and the uncertainties, or inexplicable certainties, partial or total, by attraction of likes and opposites…
Henri Michaux, Les grandes épreuves de l’esprit.

T.N.: to make a montage can refer to editing, assembling, elevating, arranging, setting up.

The exhibition Images qui boitent by Montreal artist Luc Bourdon consists of two video installations: Hommage and Quinto, as well as three videotapes which explore the relationship between writing and the electronic image.

Hommage is dedicated to a man of words and pictures: Serge Daney. He was co-editor of the magazine Les Cahiers du cinéma, columnist and television critic for Libération, the Paris daily newspaper and recently, founder of Trafic magazine. Serge Daney left us during the night, on the 12th of June, 1992. He had just turned 48. He suffered from AlDS and wanted it known, so that we would not grow complacent.

Quinto is based on five periods of time. Five locations. Limping images. Boxed-up images. Images waiting for visitors, preserved in crates. These images talk—in a chaotic way—about a wall that falls, about fragments being sold, about a city’s own cinema, about a love drifting away, about a foreign land and a strange country. The image has become a display window, and through the openwork of the fifth crate, we get a glimpse of a dance: the "out of synch" image of a people about to "unwrap" its history.

In the video room, a election of three works by Luc Bourdon will be screened on request during the exhibition: Distance (1984, First Prize, Vancouver "Under Five Festival"), The Story of Feniks and Abdullah (1988, First Prize at the Atlanta, Montreal, San Francisco and Tokyo festivals) and Touei (1985, award-winner at the "NYC Experimental Film and Video Festival").

Luc Bourdon has been working with video since the early eighties. He has produced some twenty tapes that have been presented in Canada, U.S.A., Europe and Japan. He has also been active in the promotion of video art in Québec through his involvement with the Festival du Nouveau Cinéma, PRIM Vidéo, Vidéographe and OBORO.