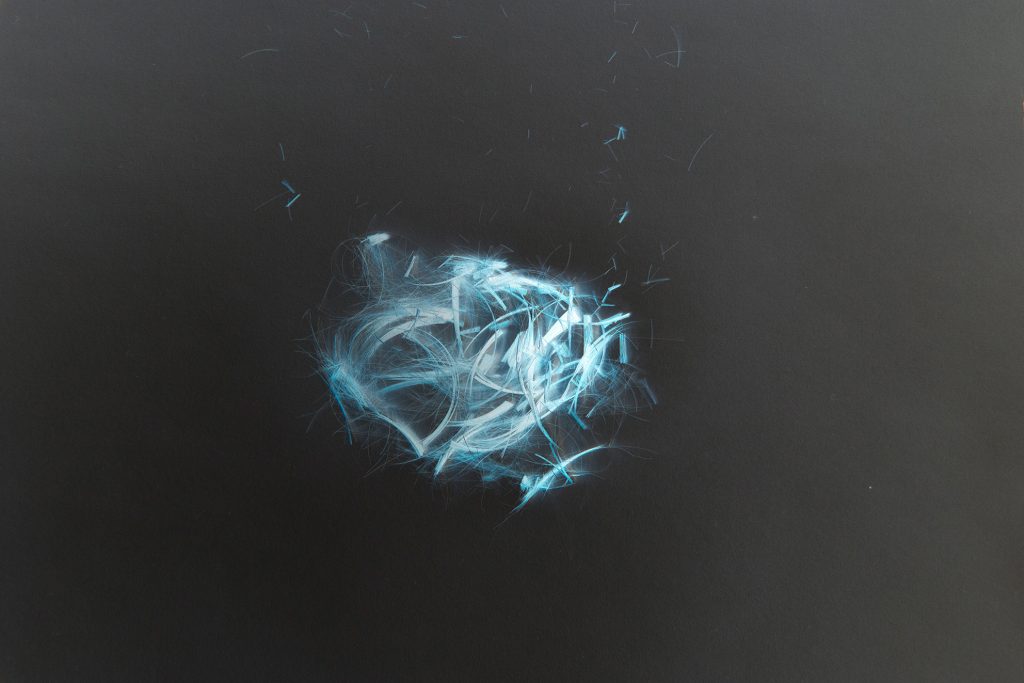 Malcolm is an evolving project of photographs, video, and installations, in which Clare Samuel explores the life and death of her father. Malcolm lived with a diagnosis of schizophrenia and repeated periods of medical ‘non-compliance’. He was in many ways a difficult parent to have. But he also had a gleeful sense of humour, was passionate about ecology and astronomy, and insisted space travel was imperative for our species’ survival due to global warming.

Made of fragments, the project is a cosmology of a person, Samuel’s attempt to know her father better, and to examine how a relationship changes after death. The work also tells suppressed stories of ‘mad’ experience as advocated by the burgeoning Consumer/Survivor/X-inmate movement and the academic field of Mad Studies.

The works range from straight photography of clearing out Malcolm’s council flat to lumen prints of his objects, and scenes with the colours inverted. Time in the project spans images and documents from when he was alive, to items photographed and narrated by family members years later.

Clare Samuel would like to thank the Canada Council for the Arts, VU Photo, Martin Schop Framing, Gwynne Fulton, and the wonderful team at OBORO for supporting this project from the early stages through to its first public presentation.

Clare Samuel is a visual artist, writer, and educator originally from Northern Ireland, now living as a settler in Tkaronto. She holds a BFA in Photography from Toronto Metropolitan University and an MFA from Concordia University. Her work focuses on connection and distance between the Self and Other, as well as notions of social division, borders, and belonging. Spanning mediums such as photography, video, text and installation, her projects are often a dialogue with the idea of portraiture.

Clare has exhibited and screened internationally, most recently at A Space Gallery and The Varley Art Gallery. Her images and writing have appeared in publications such as Prefix Photo, BlackFlash and Border Crossings. She teaches at OCADU, Toronto Metropolitan University and University of Toronto. She is a founding member and co-director of Feminist Photography Network, a nexus for research on the relationship between feminism and lens-based media.