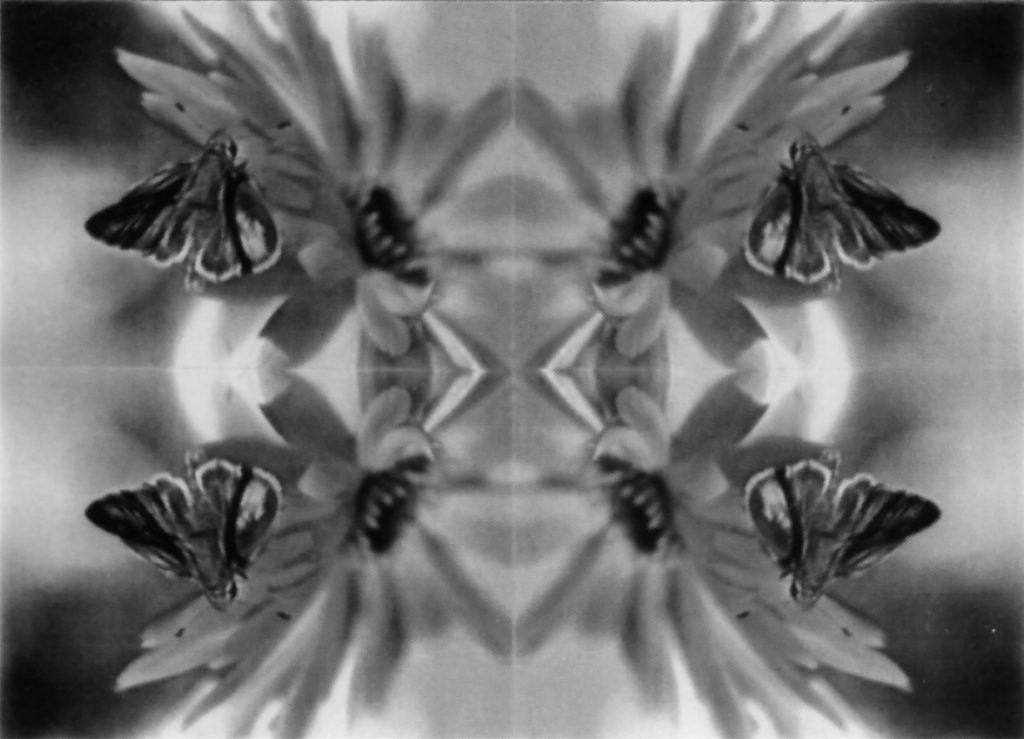 World premiere of Secret Flowers, an installation for 16 monitors.

"I began to study and photograph native medicine and food plants while working with the Gitksan lndians in northern British Columbia in 1985. That led to the study of endangered species of plants as well. I am growing 14 rare, threatened and endangered plants in my garden. I am also growing about 40 plants because butterflies like them. So, the project, Secret Flowers, has been developing for a long time." M.MD.

Mike MacDonald is a video artist of Micmac and Beothuk ancestry, born in Nova Scotia in 1941. He has been living in British Columbia for over twelve years, where he collaborates with Native communities, notably with the Gitksan Wetsowet’ain people. Among his primary concerns are land daims issues and the impact that environmental damage has on Native cultures. His video installations sometimes use the structure of the totem, for example when they juxtapose several T.V. monitors, each one showing a different image. (Ref.: Carole L. Beaulieu)