Seibi Watanabe from the Sogetsu School of Ikebana Transcending Space 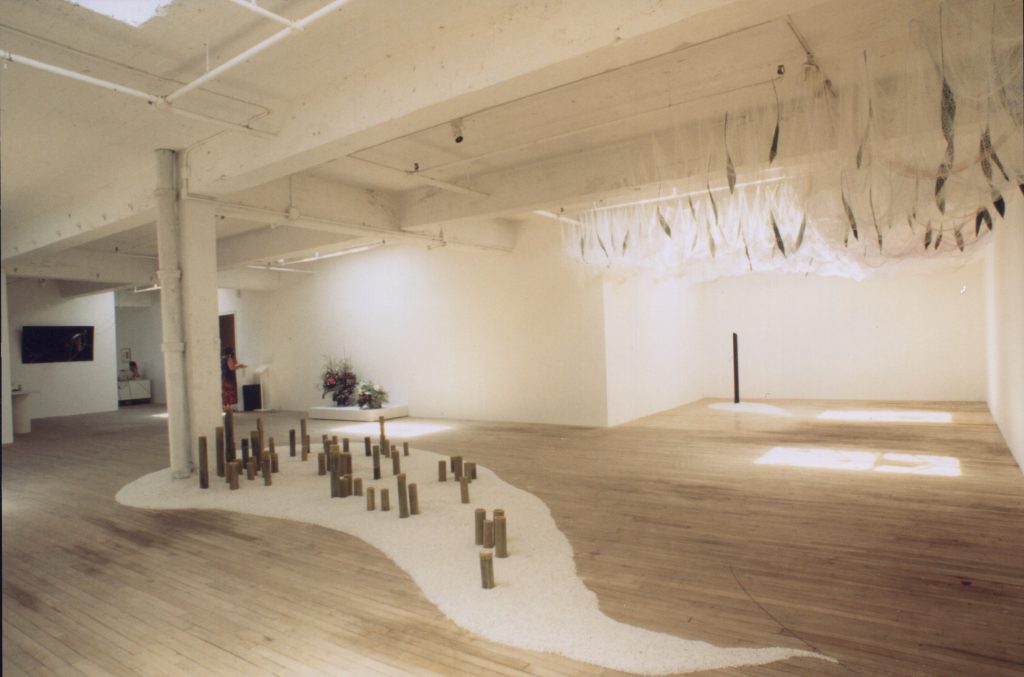 Opening on Wednesday, June16, at 5 pm

For her first exhibition in an anist-run centre, Seibi Watanabe Sensei will show a series of original site specific floral works. Mrs. Watanabe will also participate in a panel discussion entitled De nature éphemère, which will take place at galerie La Centrale on June 14, at 7:30 pm.

Originally from Japan, Seibi Watanabe Sensei has lived in Montreal since the fifties. At age 17, she began her study of lkebana (traditionalJapanese floral arrangement) with a master from the Misho School. Later she moved to the Sogetsu School which appointed her Master-lnstructor. She is a very active member of the Ikebana scene in Québec and Ontario, where she has been teaching for more than 35 years. Watanabe Sensei has exhibited her work and demonstrated her an in numerous exhibitions in Montreal Ottawa, Toronto and Halifax. Her impressive arrangements have been displayed several times at the Montreal Botanical Garden’s Japanese Pavilion. Watanabe Sensei is also president of Seibi Kai, a study group with a membership of 75 students from Montreal and Ottawa. Her art seeks to combine the old and the new; it allows us to perceive space with eyes that stop time, Letting the silence and joy of the present moment emerge.

Seibi Watanabe is a Montreal artist of Japanese origin. Fifty years after her discovery of ikebana (traditional Japanese floral arrangement), her passion for this art ha not diminished. She belongs to the Sogetsu School, founded in 1926 by the ikebana master Sofu Teshigahara.