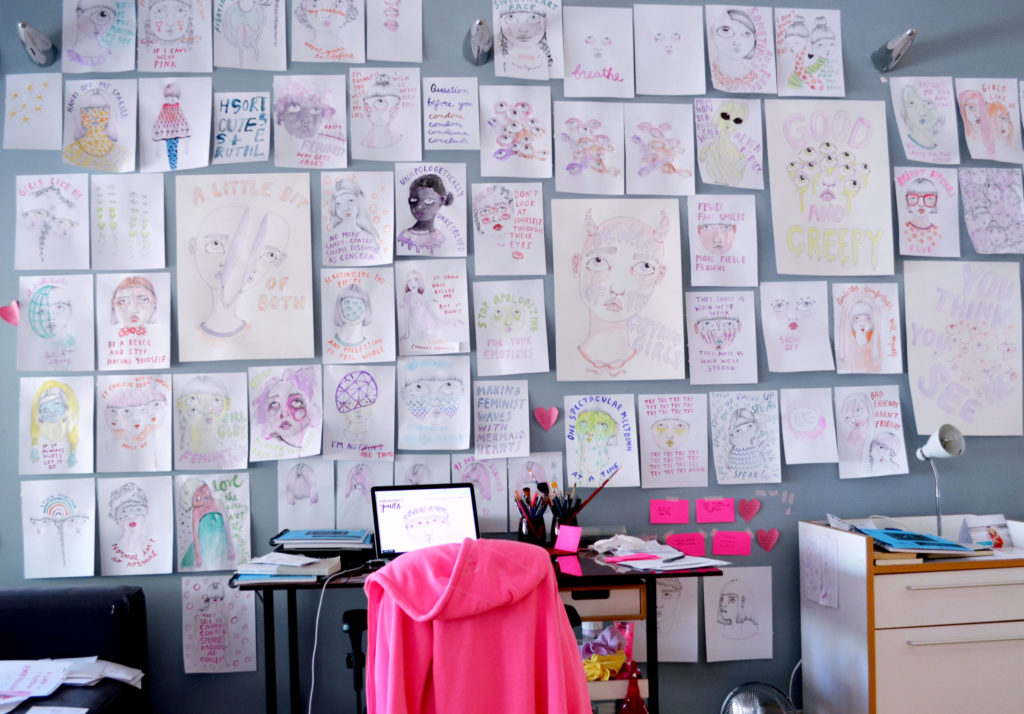 Ambivalently Yours in an anonymous online persona created to facilitate the exploration of feminist convictions and concerns. Fuelled by my experience in the fashion industry and juxtaposed with an investment in feminist art, this project aims to highlight the potential for political resistance that exists within conflicting emotions.

Since its inception in 2011, Ambivalently Yours has explored notions of ambivalence through the online sharing of illustrations, sound sketches, videos, blog posts and anonymous notes left in public spaces. These acts of rebellion are meant as conversation starters, acts of compassion and examples of active yet ambivalent resistance.

During a residence at the Centre for Contemporary Arts (CCA) in Glasgow, in spring 2015, I fully engaged in my online practice so as to try to answer all the comments, questions and drawing requests I received. Treading a fine line between commitment and obsession, the process was documented and shared on social media.

At OBORO, my goal is to compile and synthesize the work done in Glasgow into a short half-documentary, half-lyrical film that will juxtapose film footage with hand-drawn animations and a non-linear soundtrack made of voices and sounds found on the Web. The process of making this film will be documented and analysed on its own blog and on the project’s social networks (Twitter, Facebook, Instagram, Tumblr), and will have its own hashtag, thus contributing to its overall virtual structure. This documentation will inspire and help me to incorporate my Web conversations into the final film.

Perpetually clad in pink and in search of a Wi-Fi connection, Ambivalently Yours explores ambivalence—to love and hate at the same time—through the online sharing of pink illustrations, short animations, questionable advice, sound sketches, blog posts and anonymous notes left in public spaces. Natalie Finkelstein’s work has been exhibited in Canada, United States and the UK, and has been shared and gone viral on blogs, Web zines and magazines throughout the world. 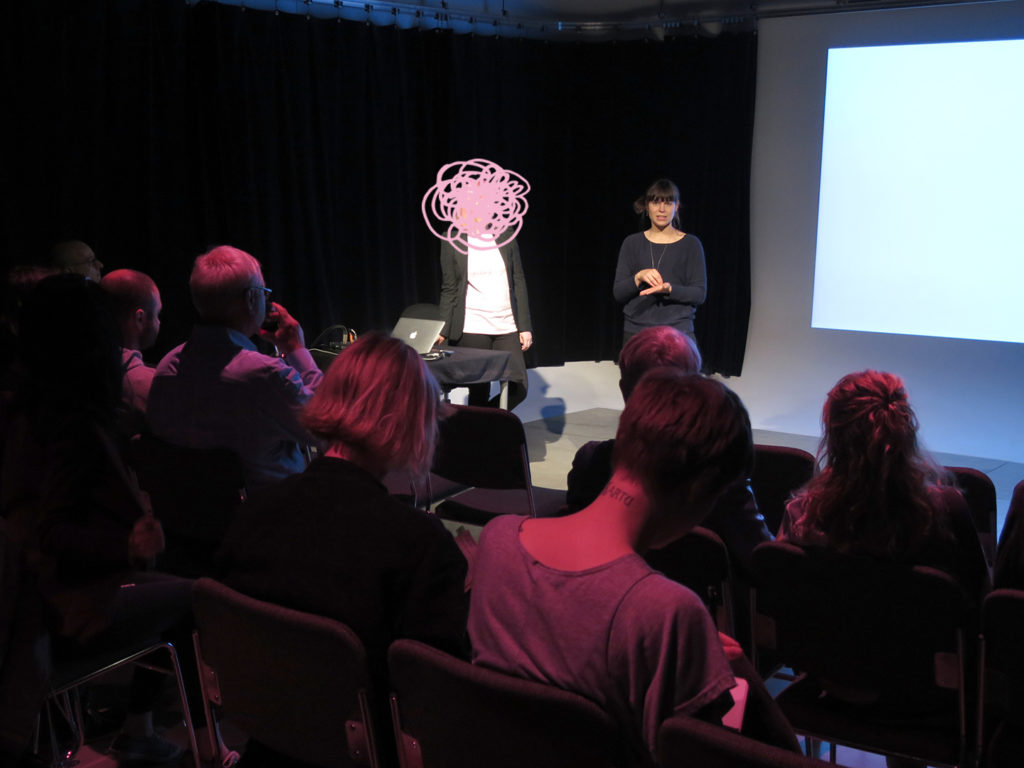 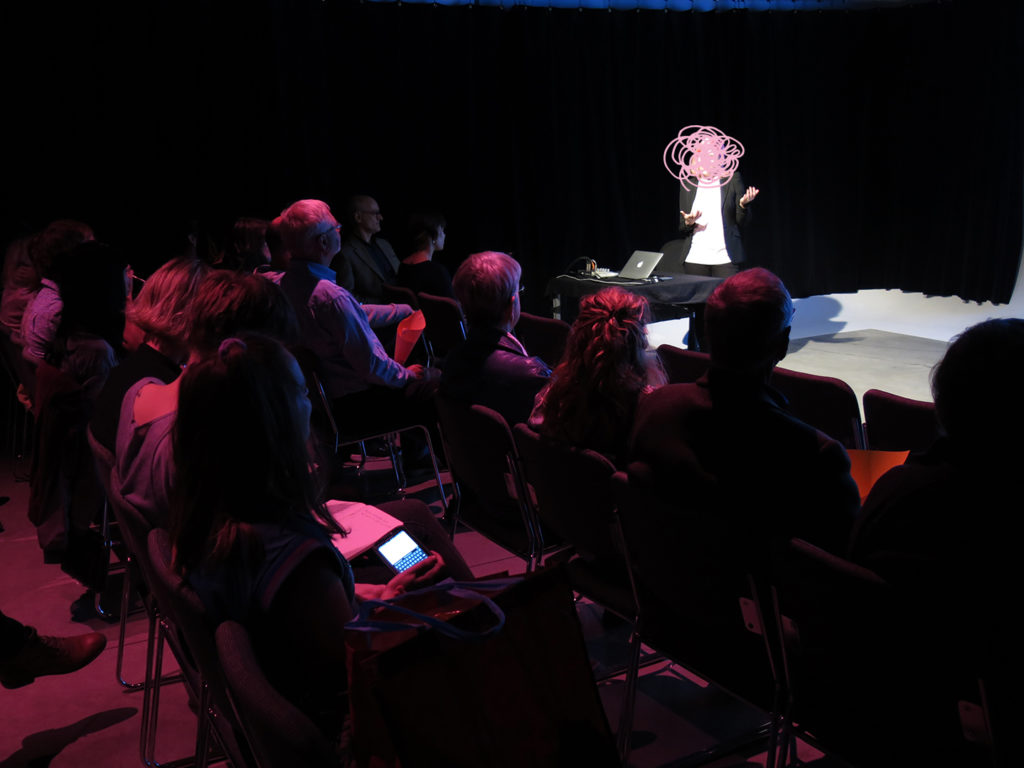 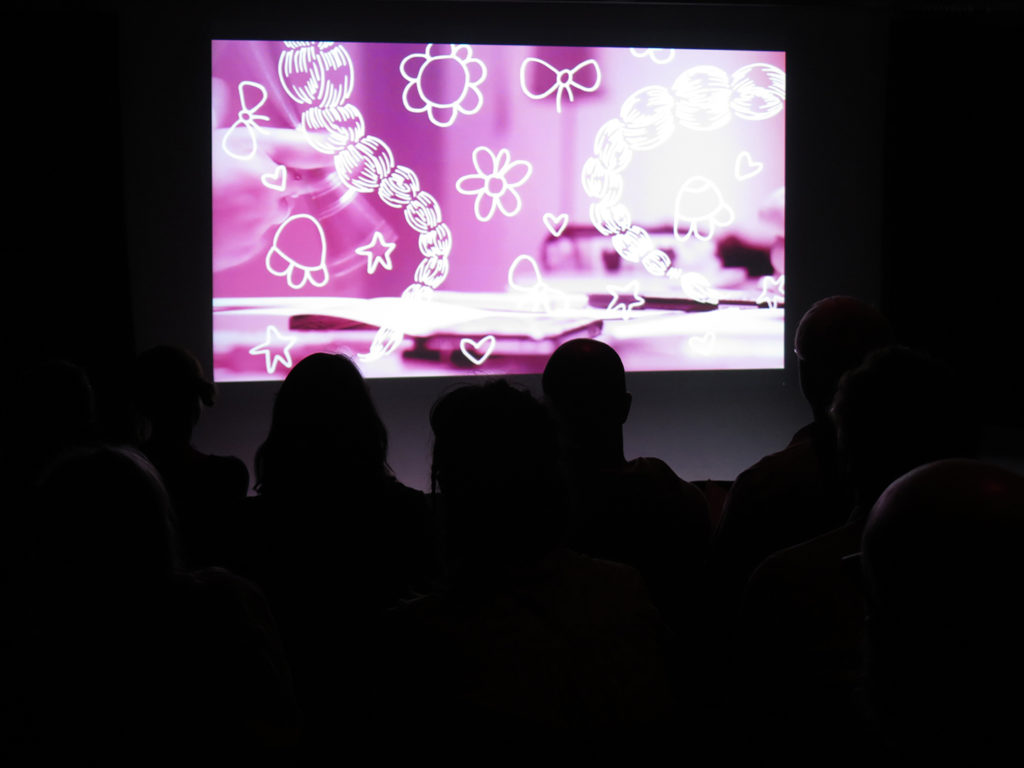 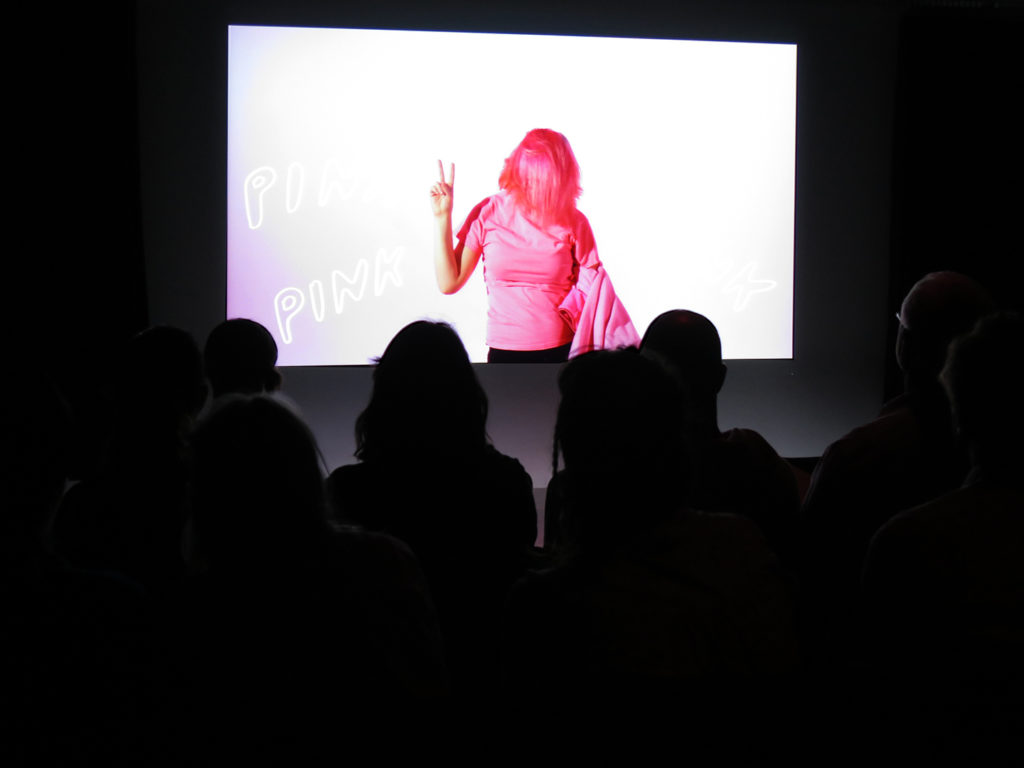 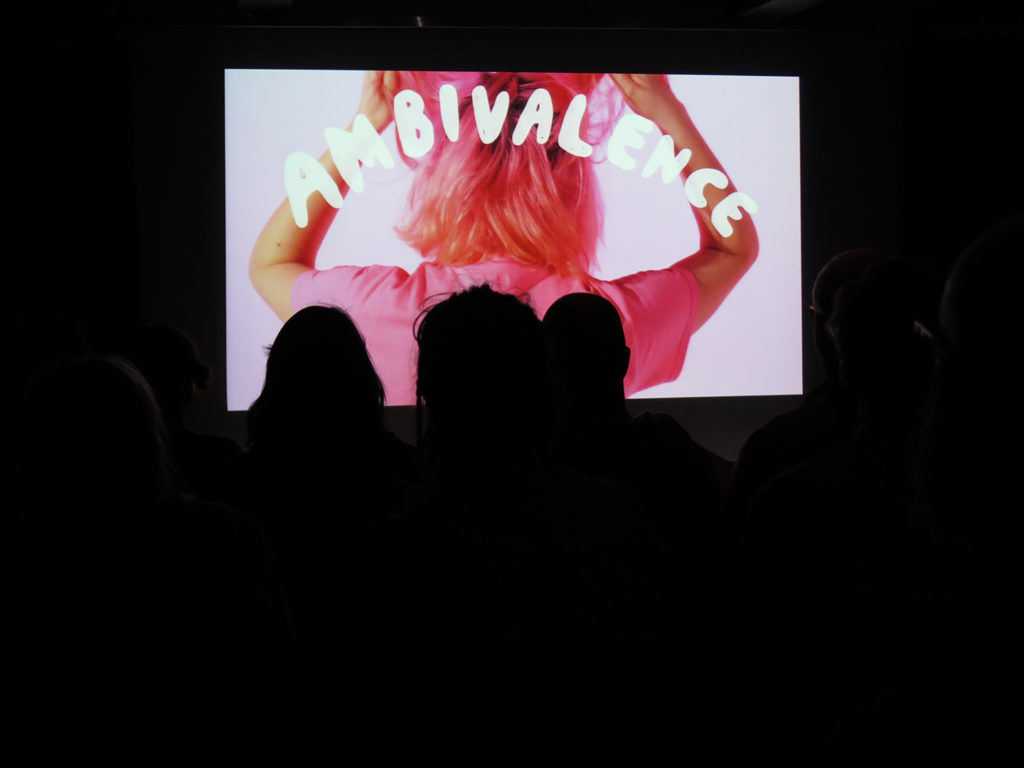 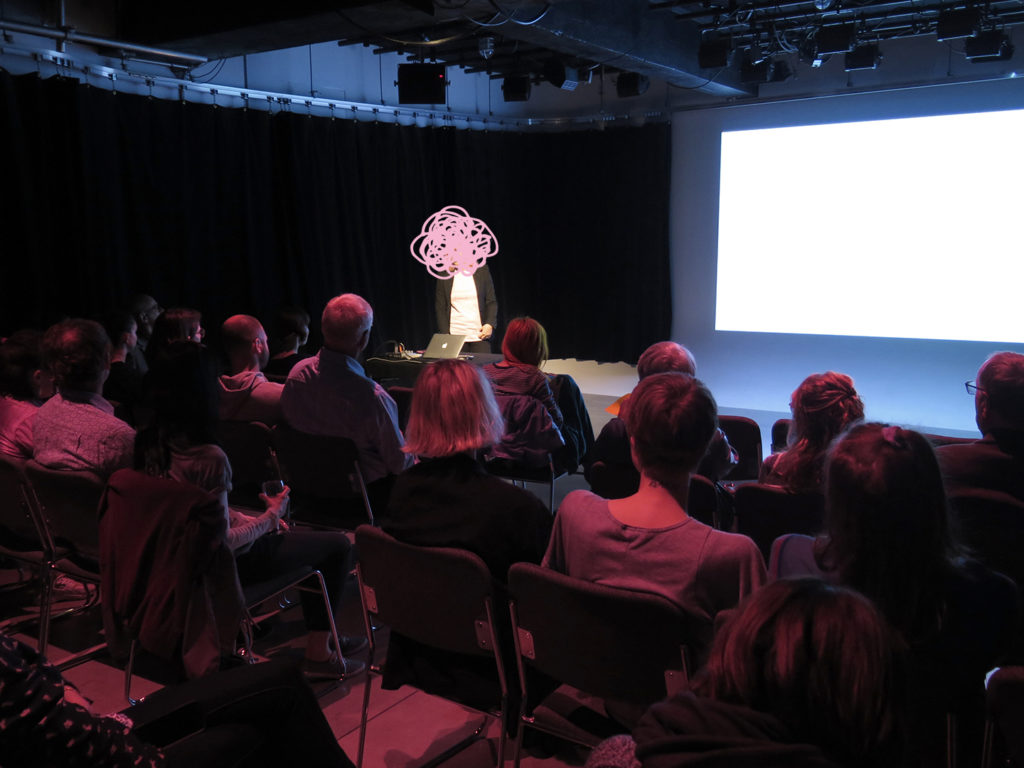 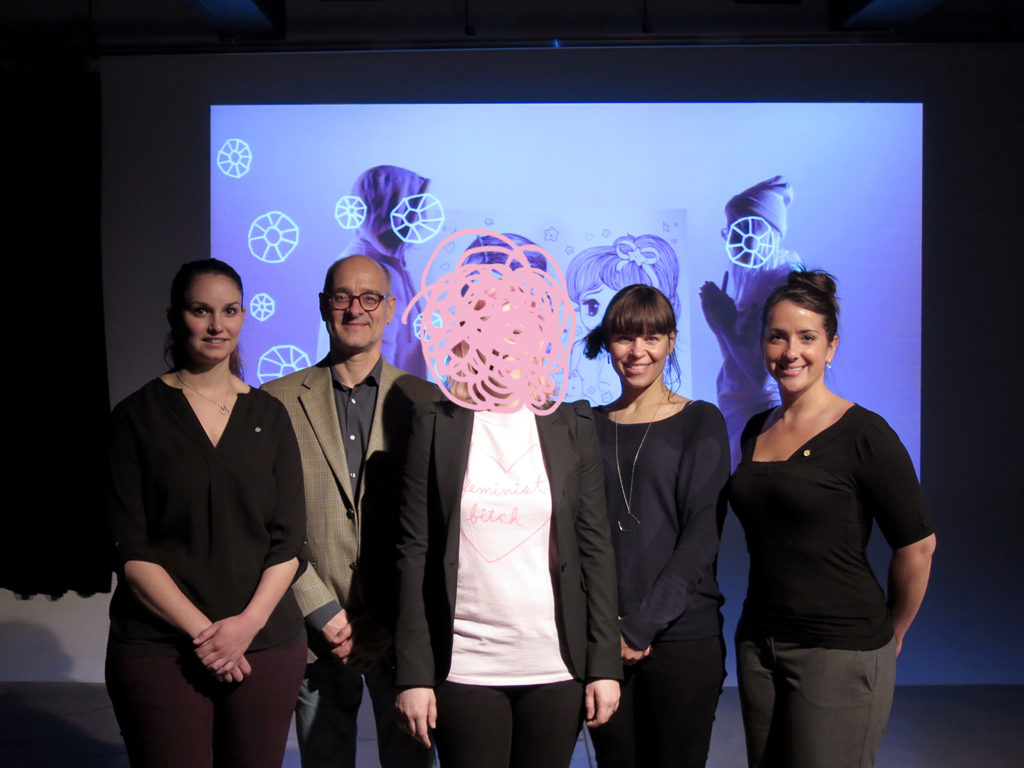 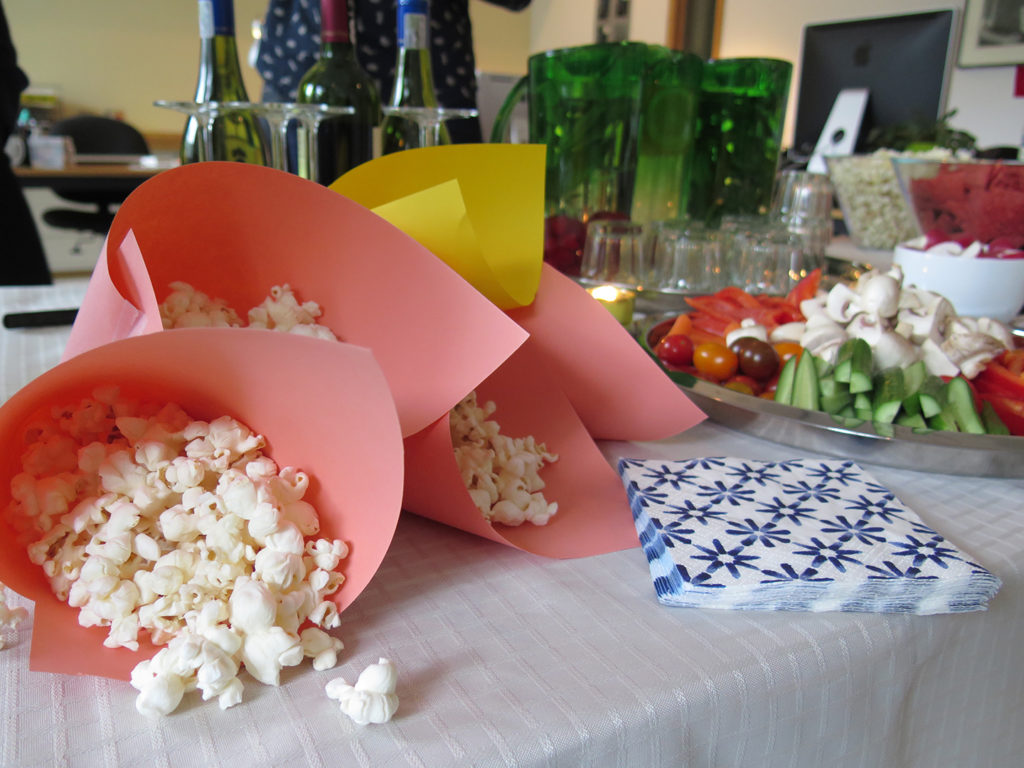