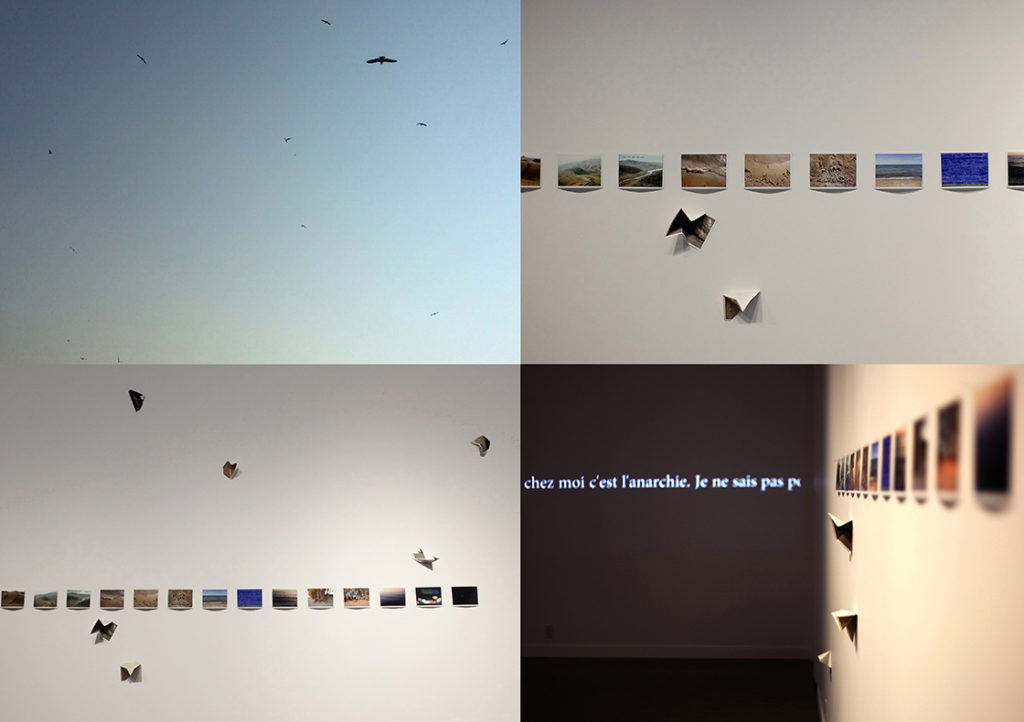 Documentaire en dérive explores the process that led to the creation of Dabaji’s video work Boomerang (2019). In it, a walk by the sea brings back memories of a conversation with a friend, in the mountains, at dawn; a memory that gradually emerges and then finds itself imprisoned behind the screen of a televised newscast. This project draws its inspiration from the idea of the lag — the one that is generated by delays in electronic transmission due to a sound/light gap, as well as the one that results from memory’s updating of the past. Her residency at OBORO looks back on her project’s textual and sonic triggering elements, which question the apparent instantaneity of an electronic transmission and whose challenge is to make it visible in space.

Nayla Dabaji (born in Beirut) lives and works in Montreal. She studied visual arts in Lebanon, media arts in Quebec and brings together several practices such as photography, installation, video art, action art and writing in her projects. She was the winner of the Empreintes residency at the Montreal Museum of Fine Arts in 2020.