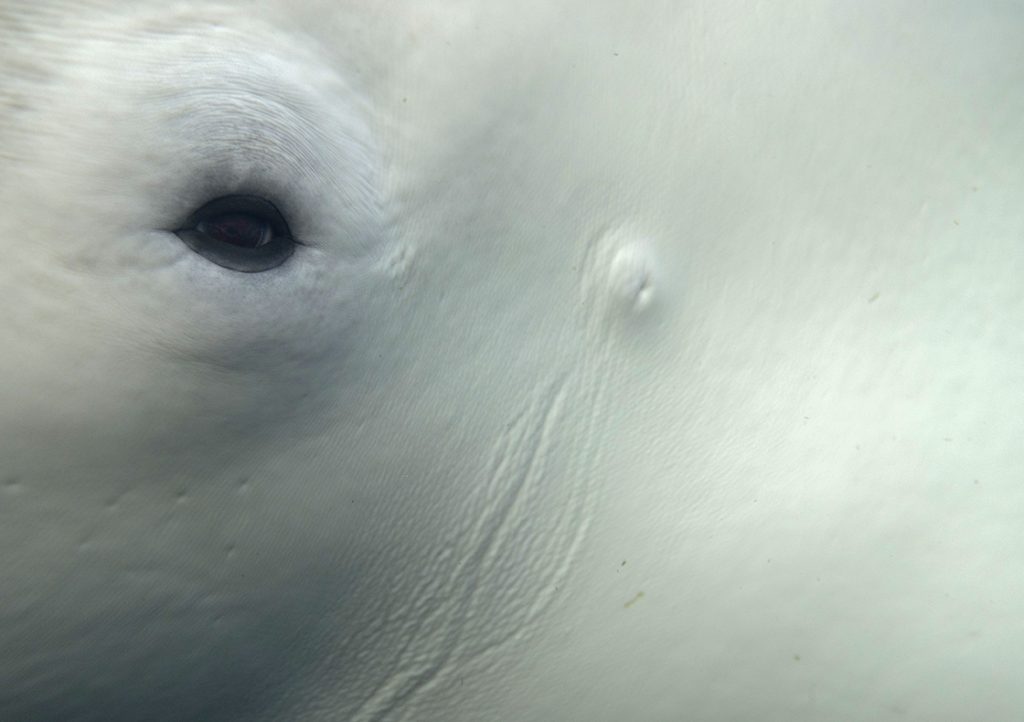 During her residency Whale Listeners, Maryse Goudreau undertakes the exploration of recordings taped in a “beluga nursery.” With her many collaborators, Goudreau interprets the recordings and positions herself in a philosophy of mothering. The birth of a beluga, as well as the period during which it learns how to communicate with its mother and community, are moments that capture researchers’ attention. The mortality of mothers and newborns in the St-Laurent River is a particular source of concern. This project, a mix of audio, film and video explorations, looks to urgently change the way we relate to the living.

When it arose in 2014, the term “beluga nursery” struck political and media imaginations. At that time, citizens in Cacouna were fighting to try and stop the beluga population from disappearing. Citizens were challenging the development of the oil industry, which is highly incompatible with the vital needs of belugas because of the drilling, underwater explosions, traffic and risks of oil spills it entails. During her residency, the artist will address the more feminine and maternal aspects evoked by the term “beluga nursery.” Coming up too rarely in political debates, ecofeminism is the voice that was heard in Cacouna and the track that guides Goudreau’s work.

Maryse Goudreau is an independent artist, filmmaker and researcher. She creates works where images, documents, artistic and participatory gestures of care intersect. Hybrid in nature, her practice explores photography, video, interactive photo essays, immersive environments, action art, and sound art. Since 2012, she has been working on an archive dedicated to the beluga whale, an ongoing, open-ended research-art project for which she has assembled data and creative works realized over the past two decades.