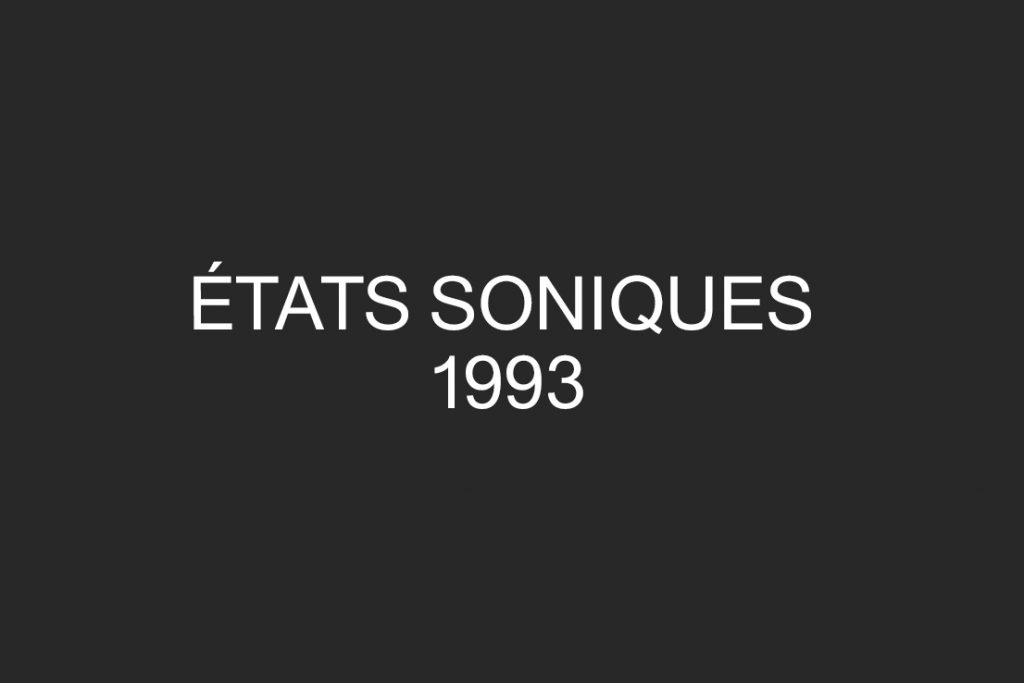 From January to May 1993.
Concert Series of musical improvisations presented in collaboration with l’Association des musiciens improvisateurs de Montréal (AMIM) and galerie Optica.

This ensemble infuses jazz with a mix from a number of trends in improvised music. Jazz is the axis around which an eclectic blend of rock, free and new music is in constant flux.

Improvisation and writing alternate within this music, where the exploration of various creative processes is enriched by new technology, creating an original “rock” sound.

These musicians, associated with Obscure (Québec City), will present strictly improvisational work at the junction of non-music/music and the organization of noise.

PETER VALSAMIS and THIS
Peter Valsamis: drummer and composer of instrumental and electro-acoustic music.
Other musicians to be confirmed.

Peter Valsamis’ new ensemble music project is influenced by traditional Greek music, which he has recently been studying.

With PAS DE BAS, Rainer Wiens continues his research on the concept of ecstasy as defined by Rollo May: a technical term meaning the union of “form/passion” with order and vitality.

TOM WALSH
Tom Walsh: trombone
Other musicians to be confirmed.

NOMA’s composer and leader Tom Walsh will present a special project in collaboration with some Montréal musicians.

These musicians will present an open work, exalting form and emotion drawn /rom the essential elements of regional folk music, as well as /rom elements of new music. These are developed in an often obsessive manner.

Chris Cauley, who recently studied under American saxophonist David Ware, and percussionist John Heward who has recorded with Paul Bley, have often collaborated with bass player Lisle Ellis. Their music draws its inspiration /rom the work of Cecil Taylor and Jimmy Lyons.