Florian Grond Along the Line 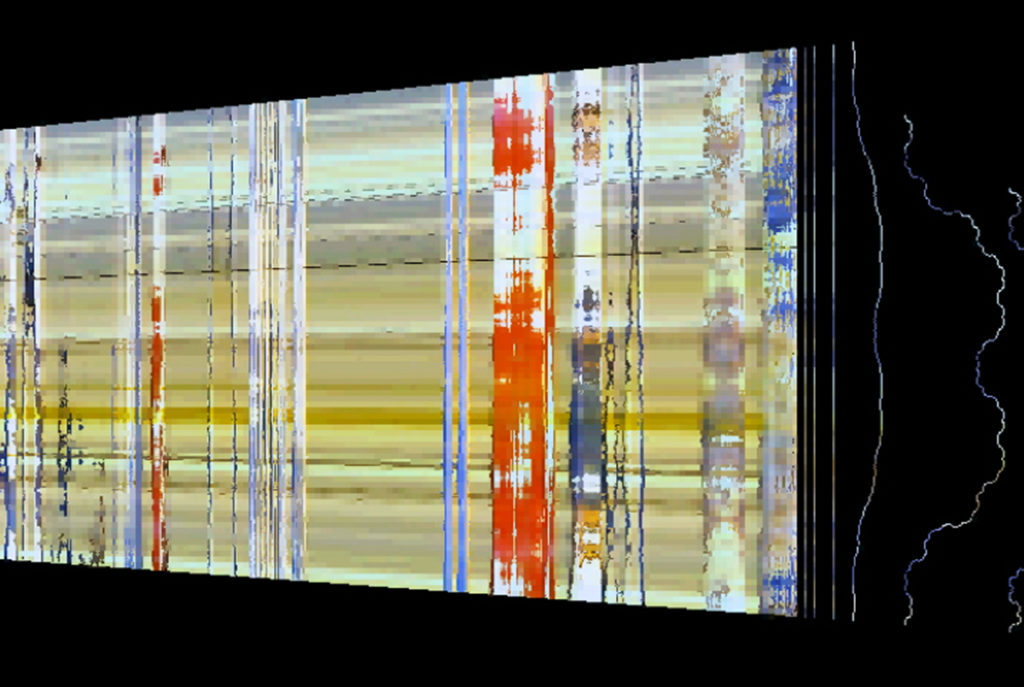 Discovered nearly 120 years ago, Hilbert space-filling curves are a mathematical phenomenon permitting a squared surface to be traversed without crossing the same point twice. Applying this principle to his scientific research, Austrian artist Florian Grond proposes a work focussing on the notions of space-time and the infinite line. Images of the visitor, captured by a small camera at the gallery entrance, are transmitted to the far right of a triple horizontal video projection, appearing in the form of a hatched square. This in turn is fragmented into a series of fine lines that stream along the length of the wall and merge into a kind of immobile memory block that preserves the folds of past time.

In partnership with Goethe Institute Kanada

Florian Grond is currently working on a research-creation postdoctoral project at the Input Devices and Music Interaction Laboratory (IDMIL) at McGill University in collaboration with the Société des Arts Technologiques (SAT). He is also a collaborator at the Centre for Interdisciplinary Research in Music Media and Technology in Montreal. He holds an MSc (2002) from the Karl-Franzens University in Graz (Austria). From 2003 to 2007, he worked as a research associate and guest artist at the Center for Art and Media (ZKM in Karlsruhe, Germany).

Shown at OBORO during the first International Digital Arts Biennial 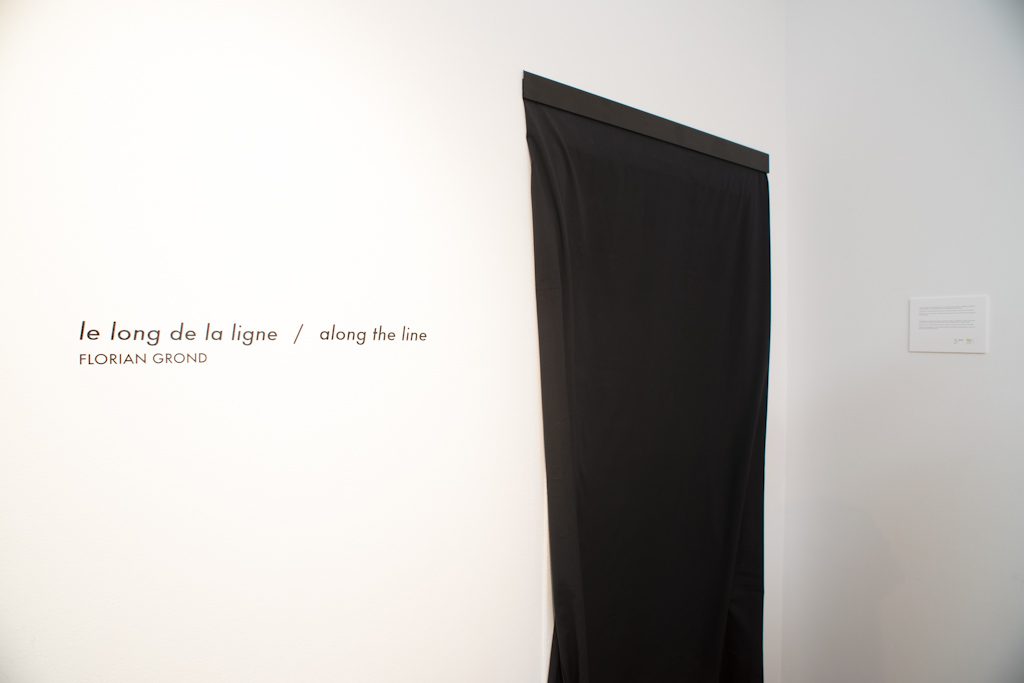 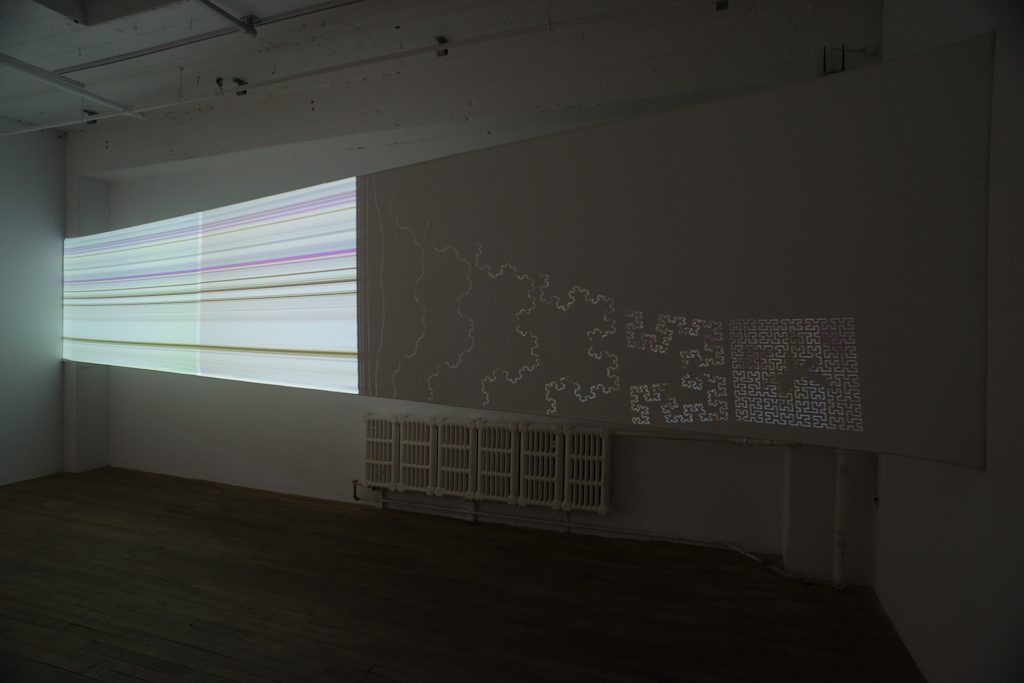 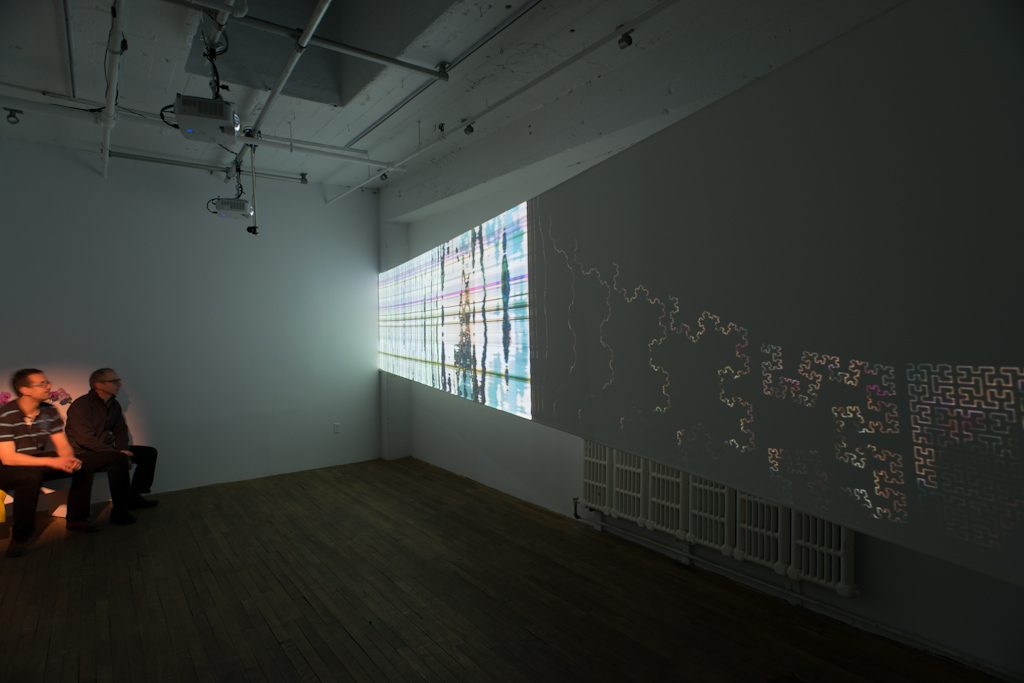 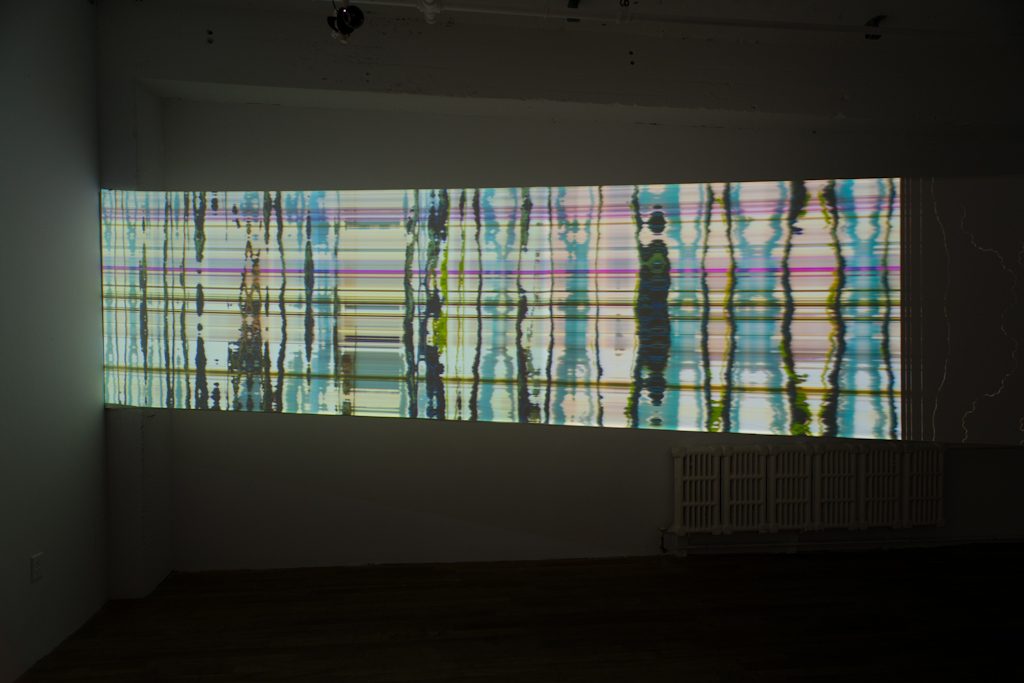 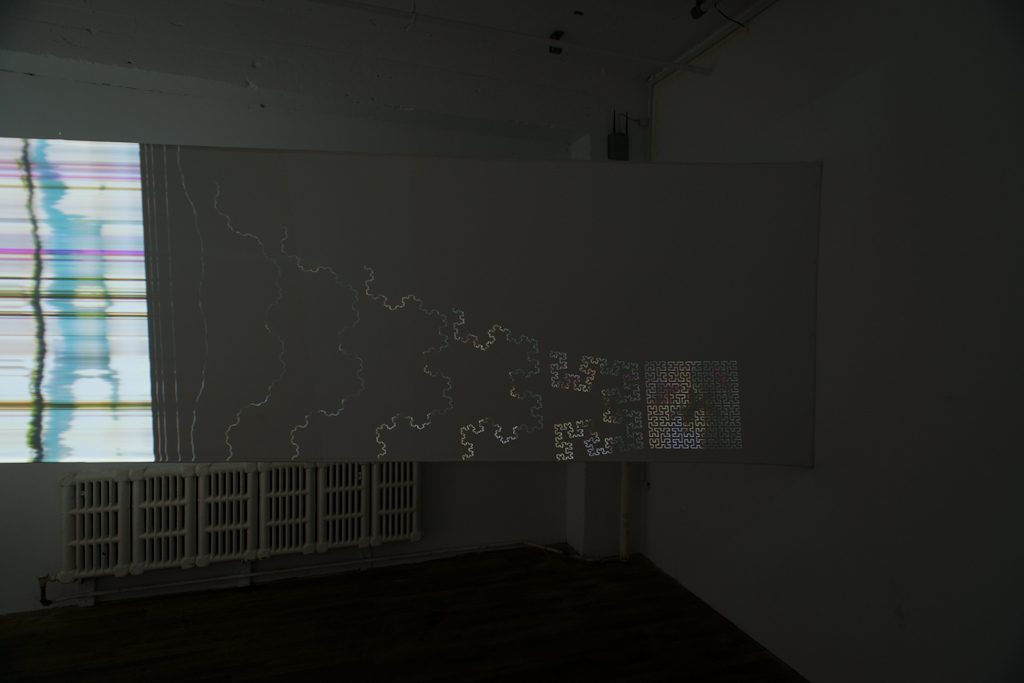 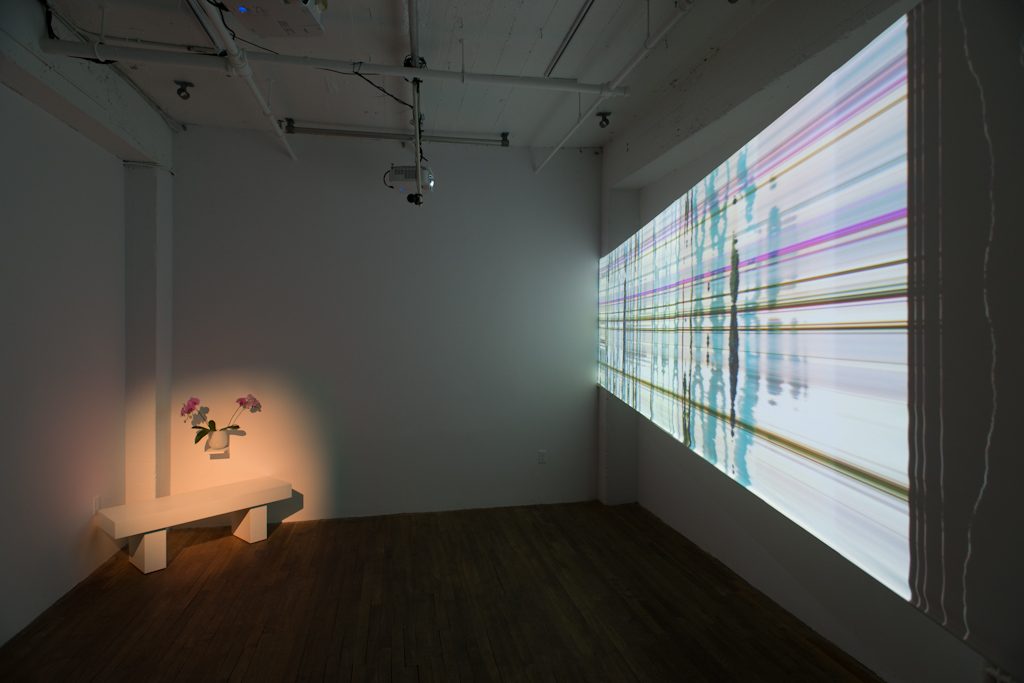 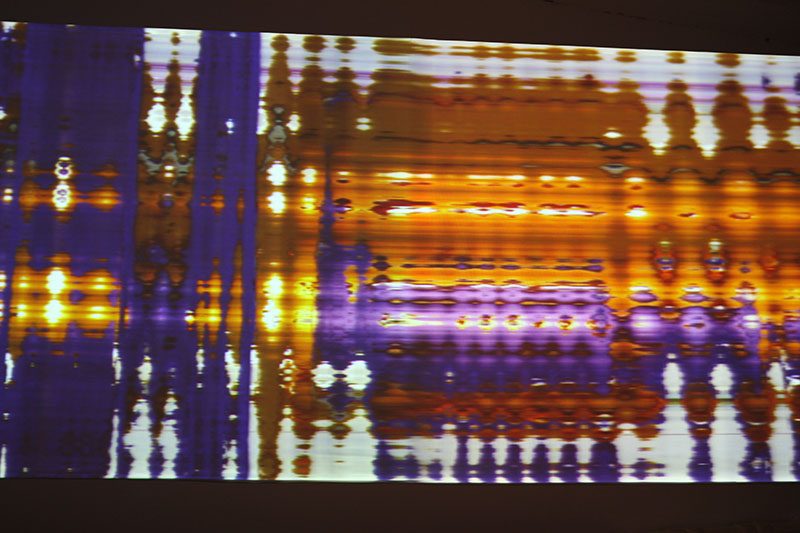 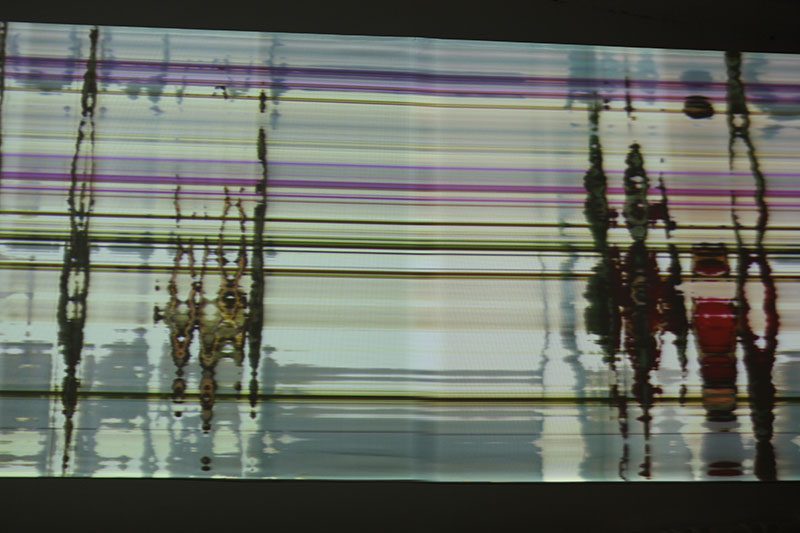 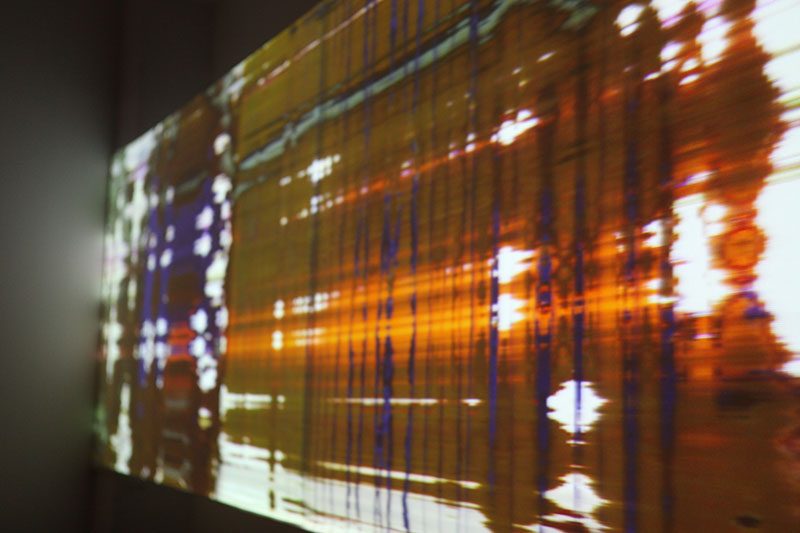 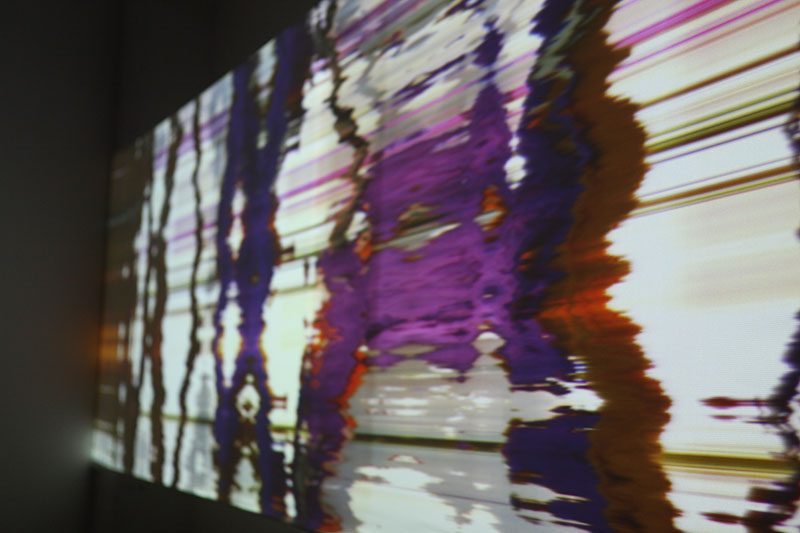 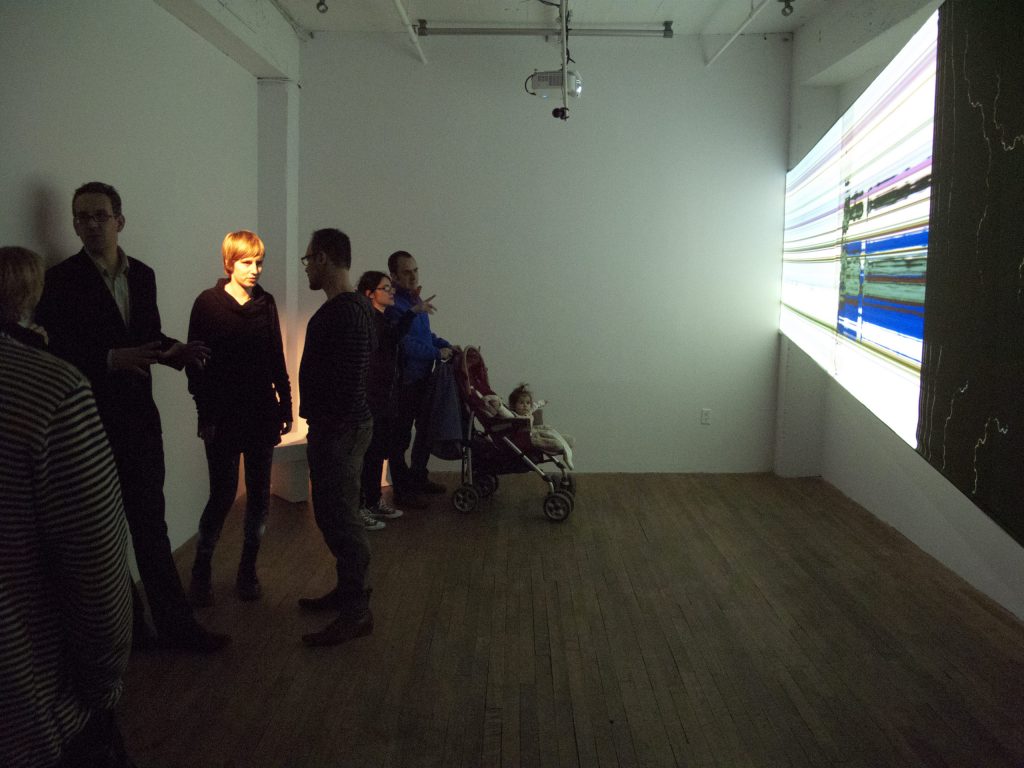 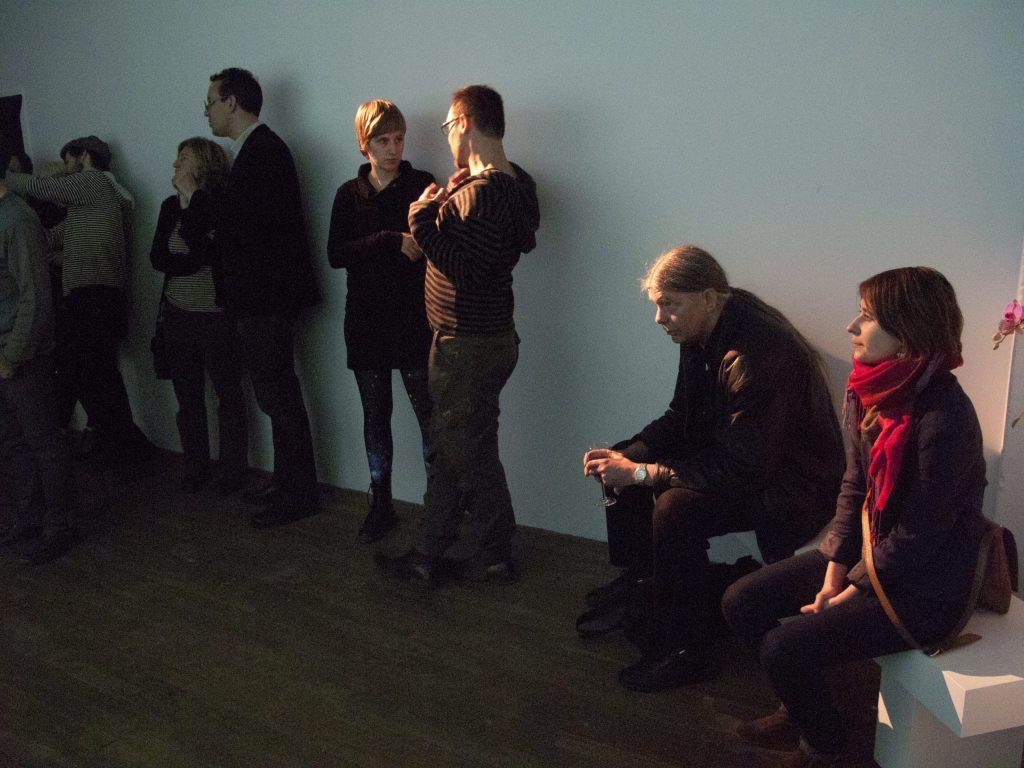