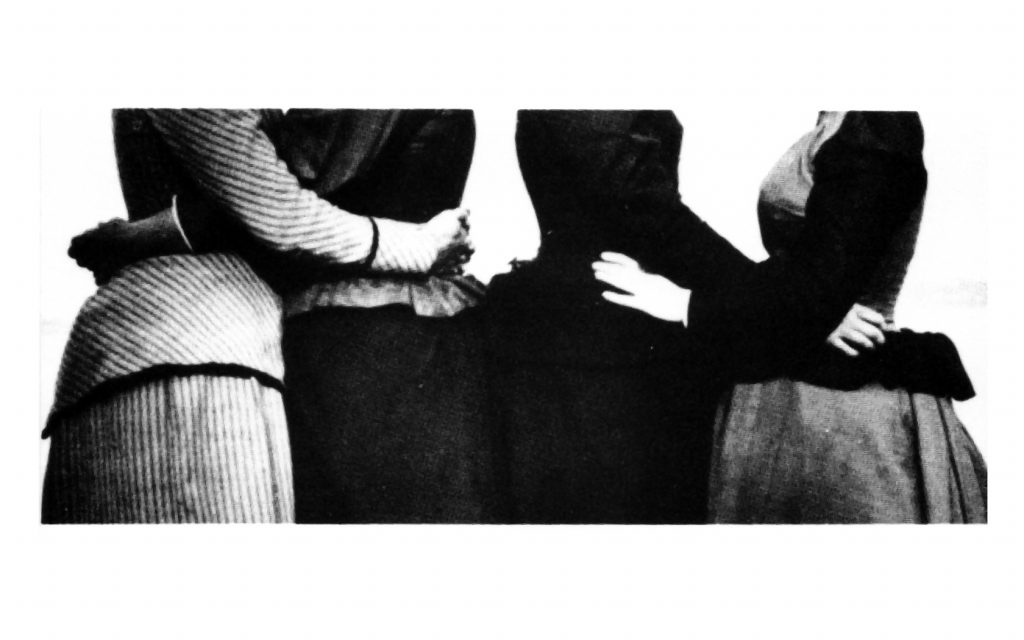 Opening on Saturday, November 7, at 4 pm

"Re-vision—the act of looking back, of seeing with fresh eyes,
of entering an old text from a new critical direction—is for women more
than a chapter in cultural history: it is an act of survival."
Adrienne Rich, On Lies, Secrets and Silence

Critical Details is an exhibition of photographic works which address and revise certain institutional historic and absences in the representation of women. Extracting details from images of women found in public collections, books, magazines and movie still , Nina Levitt creates works which critique prescriptive codes of femininity and sexuality. Her photographic interventions also reveal and re-enact lesbian desire in the place where chat desire has been repressed—in the archives of popular culture. Many of these source images may not necessarily depict lesbians, but may provide sites for lesbian intervention. At the same time, these works pay homage to chose transgressive women who disrupted conventional notions of femininity at the visible surface of their bodies a well as by their personal practice.

Two pieces in the exhibition deal specifically with representations of women in Montreal as found in portraits from the Notman Photographic Collection (McCord Museum) and homophobic Montreal tabloids from the Archives gaies du Québec. Other works are based on photograph of famous women (such as Hollywood director Dorothy Arzner, cowgirl Calamity Jane, photographer Alice Austen) as well as unknown women.

As part of the first Québec Lesbian and Gay Studies Conference La ville en rose, Nina Levitt will give a presentation on her work on the panel Lesbians & Representation.

The exhibition will be accompanied by an essay by Montreal critic Beth Seaton.

Nina Levitt has been an exhibiting artist since 1981. Her photographs have been included in group exhibitions such as The Zone of Conventional Practice & Other Real Stories, Stolen Glances, Contre Nature, Sight Specific: Lesbians & Representation. Originally from Toronto, she now lives in Montreal. Critical Details is her first solo exhibition.