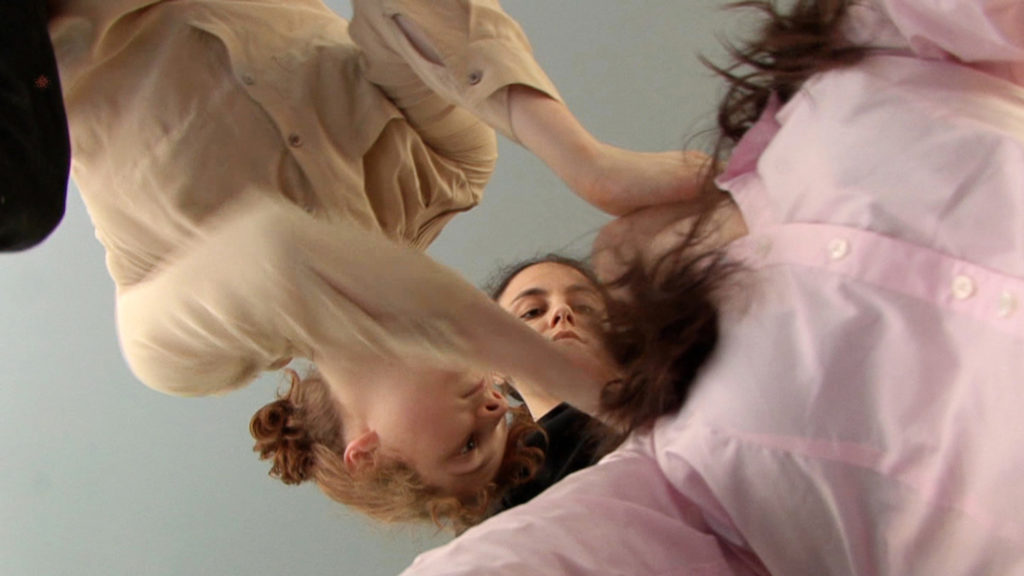 The exhibition features four recent video installations. In the dual-channel video Swing, a scenario is filmed in two slightly dissimilar ways with a camera that oscillates between the motionless actors in space. At moments, views of the scene are doubled, at other times parts of the scene are left out. As a result, images seem to slip away, and create spatial distortion and new relations between the represented persons. Fragmented dialogues, repeated and deprived of their original context become demanding questions, orders, or justifications that allow for ambiguous interpretations.

Myopia shows a situation between people shot out-of-focus. The blurring distorts people’s bodies to look like viscous masses that seem to melt into the surrounding or into each other to form extensive shapes that disperse as quickly as they were formed. The sound of footsteps, crumpling tissue or clinking keys is particularly crisp and clear and fills in for what we can’t really see.

Recently I am using the mobility of a camera to reflect the dancers’ motions that in turn are informed by “displaced” everyday movements. In the video Exit the familiar movement of kneading dough is displaced by it being performed on a person.

The video DRAIN depicts three women shot from below as they move very slowly in a dancing or a push-pull manner. Through their movements, they allow for a shift in associations, until an alliance between two is established that is followed by the oppression of the third one, who is pushed down into water. When the other performers pull her up, water drops from her hair and ripples the water surface, resulting in a distortion of the image.

Bettina Hoffmann has worked since the late nineties in installations and photography and now choreographs movements to develop videos and life performance. Her work is located at the intersection of photography, sculpture, film, dance and theatre. She is challenging the boundaries of the lens-based medium to create new spaces, both in a spatial and psychological sense. 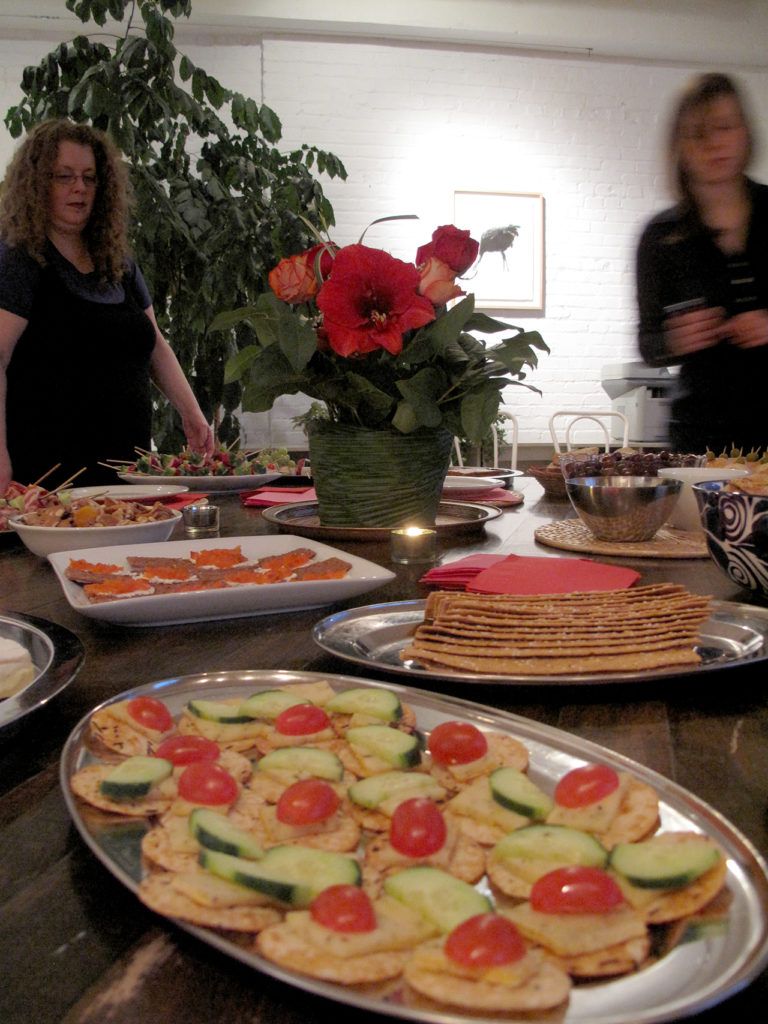 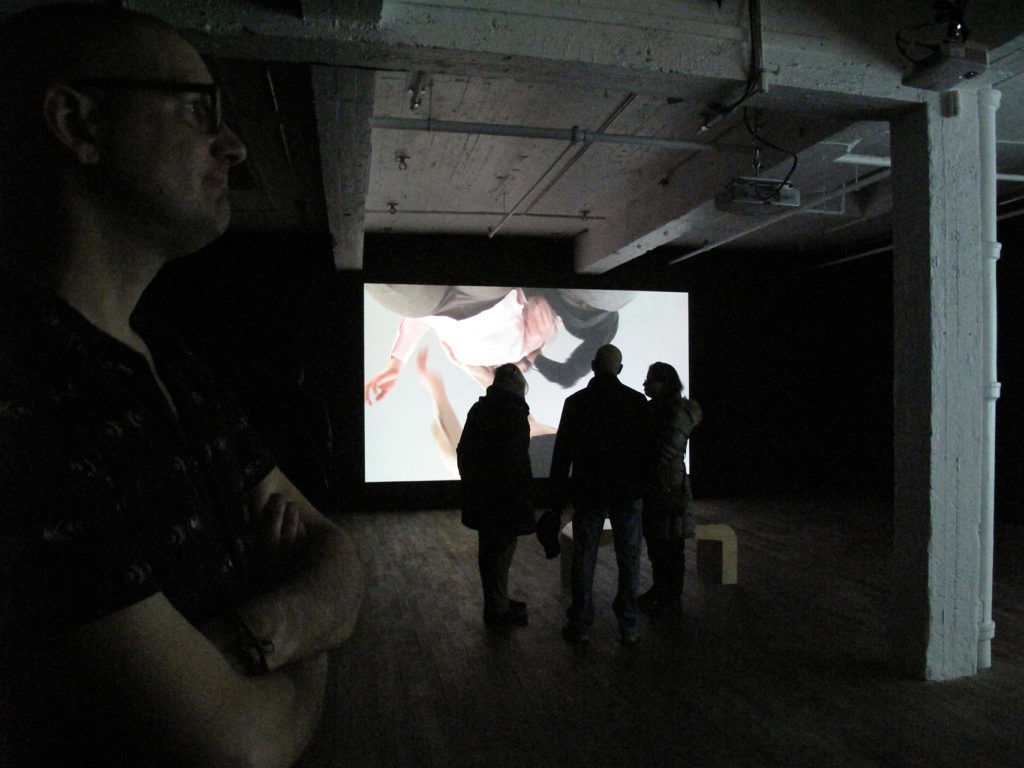 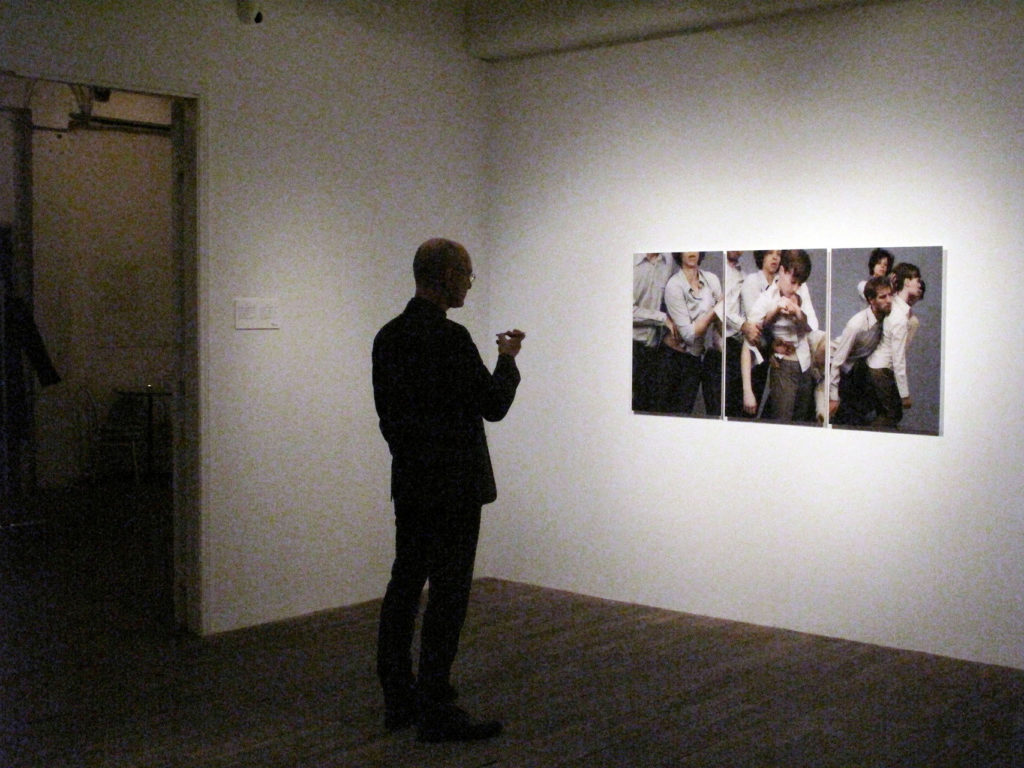 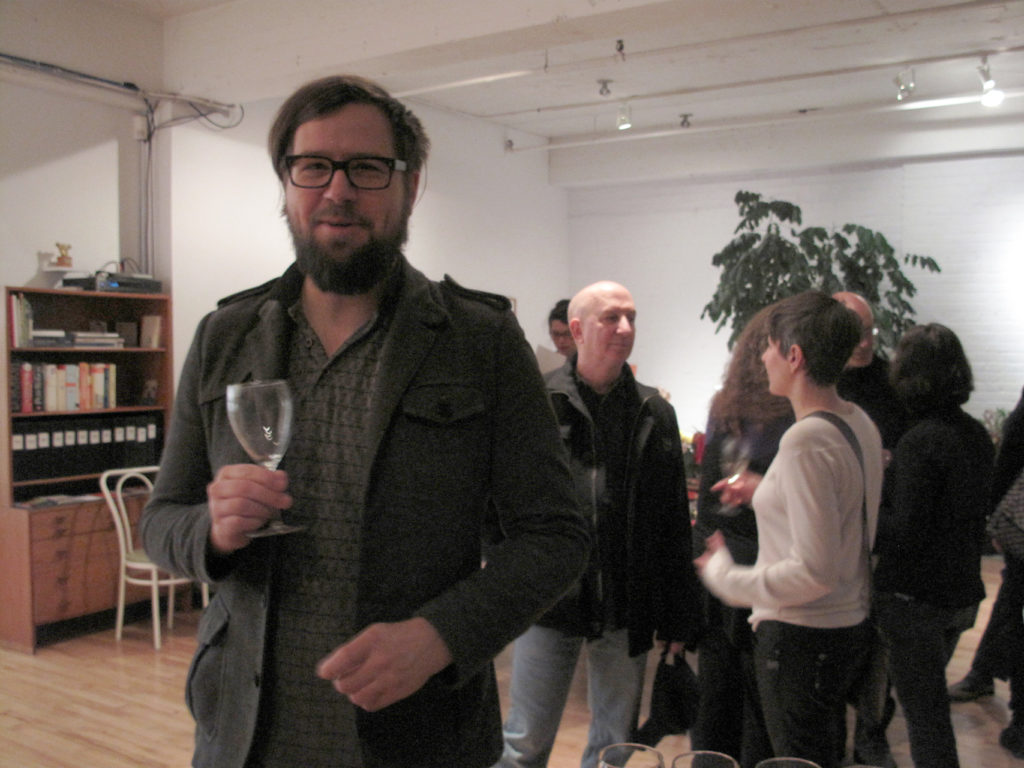 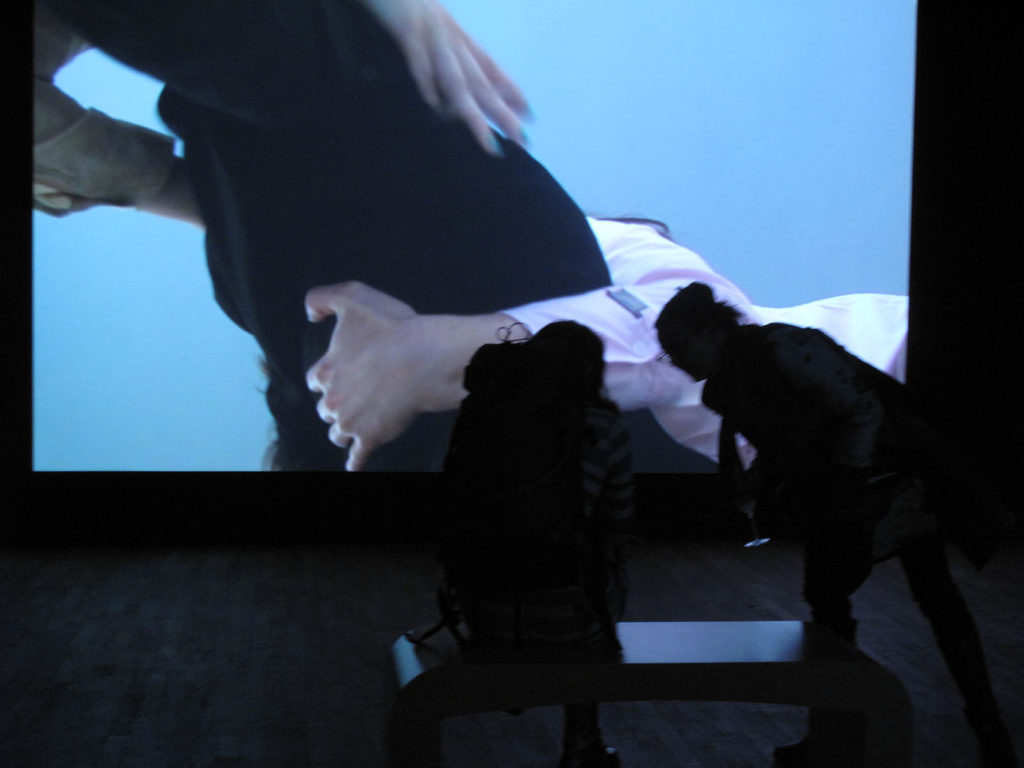 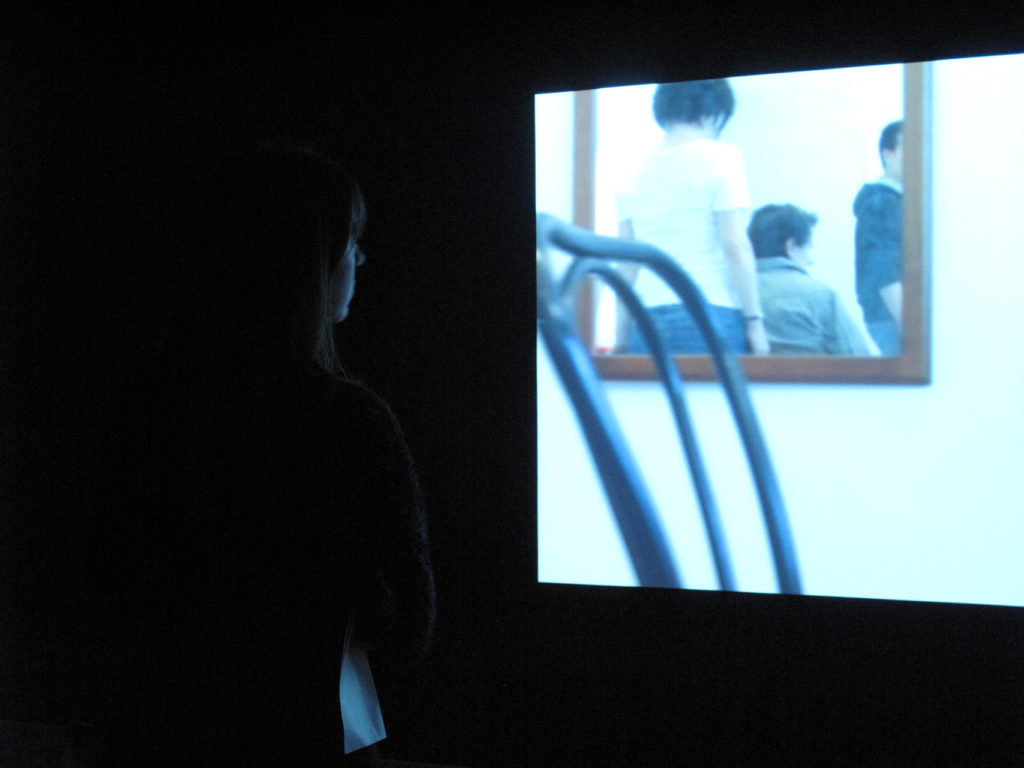 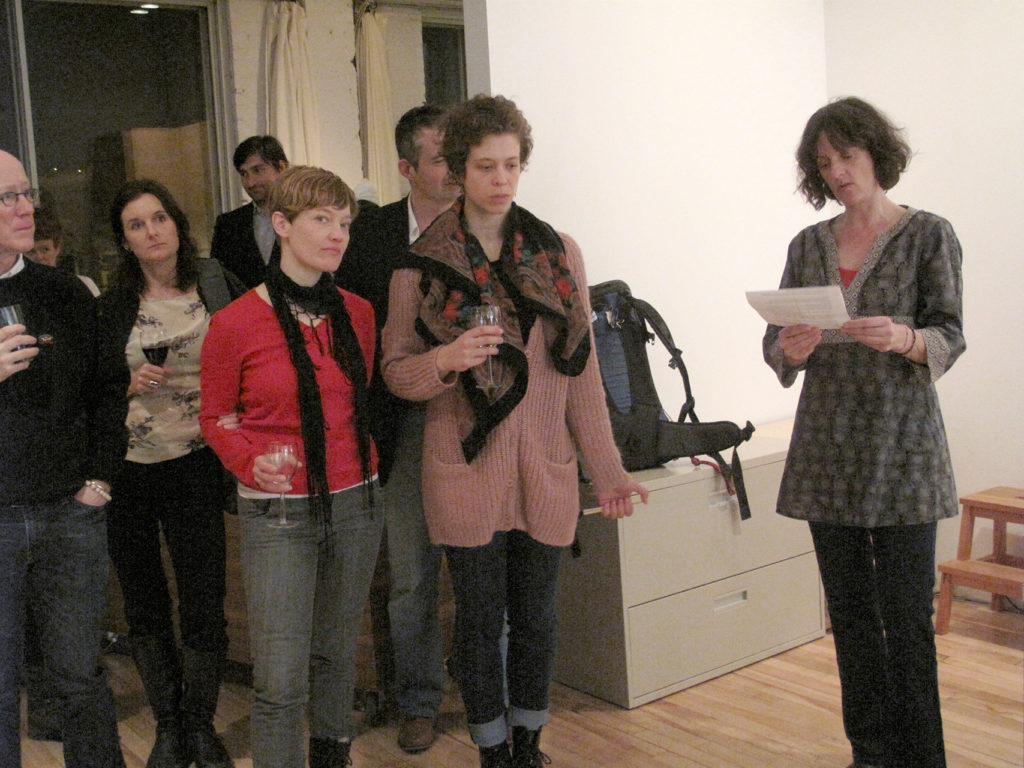 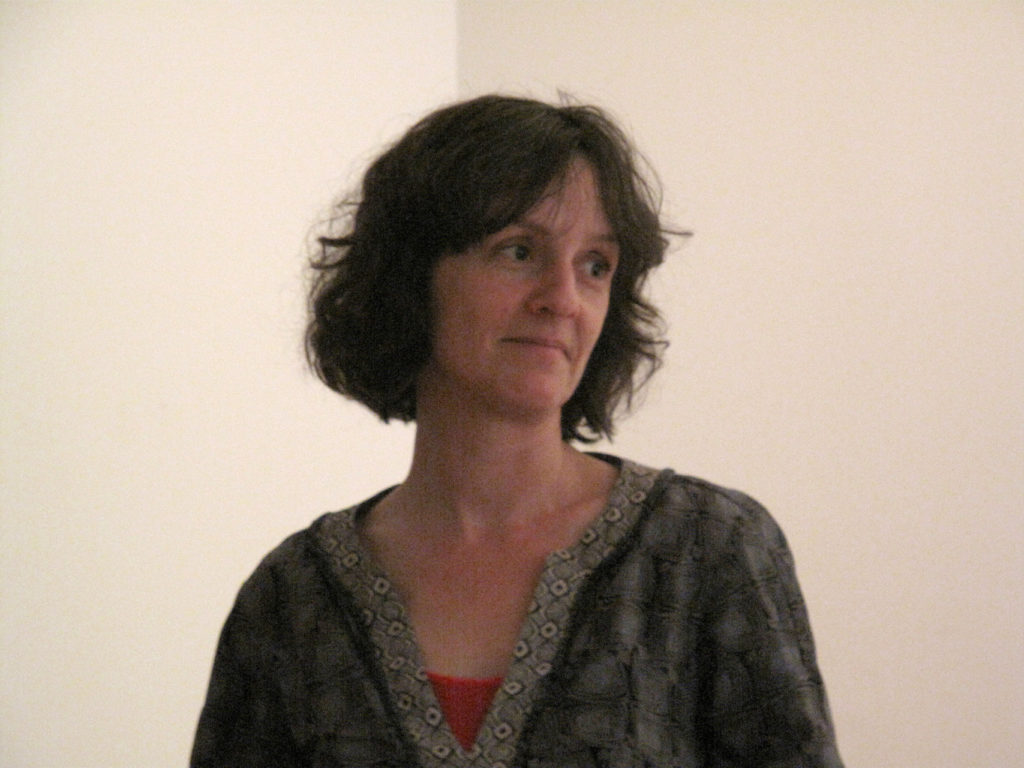 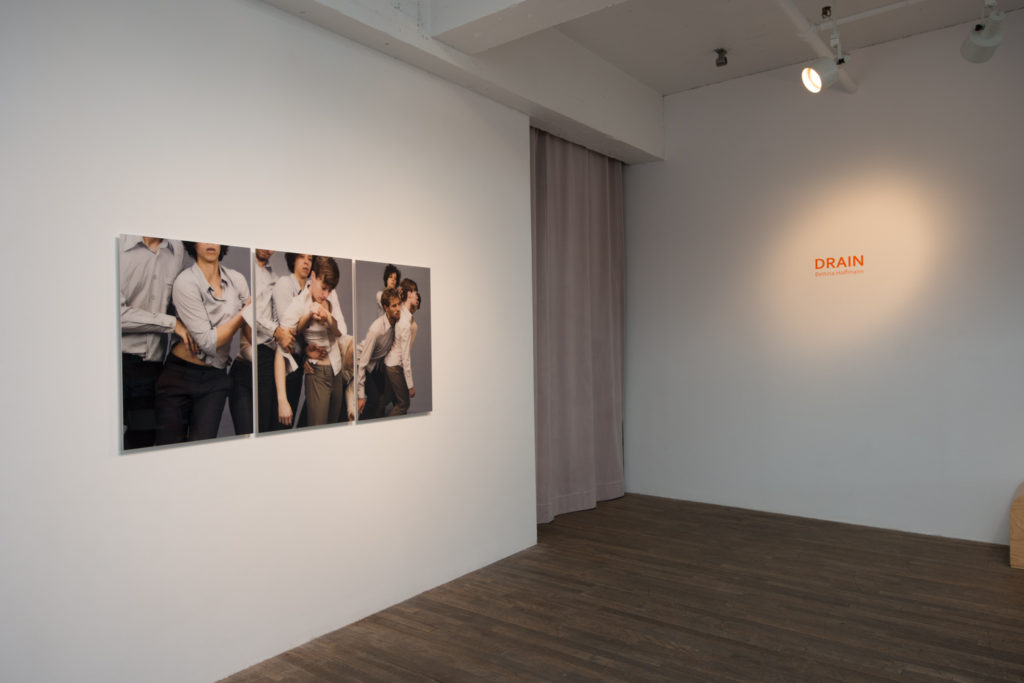 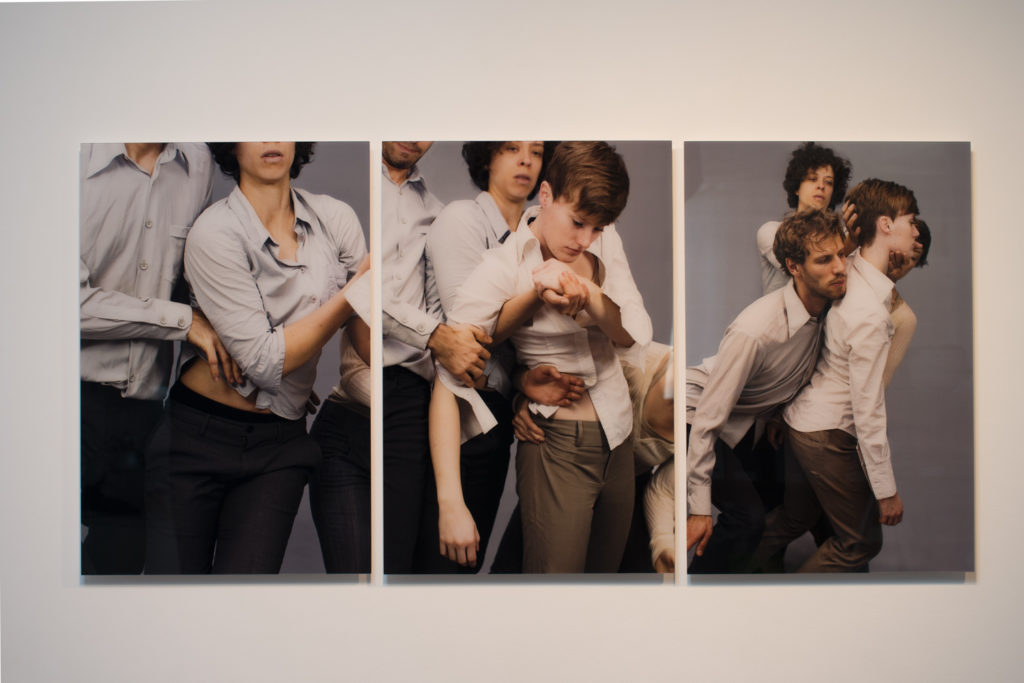 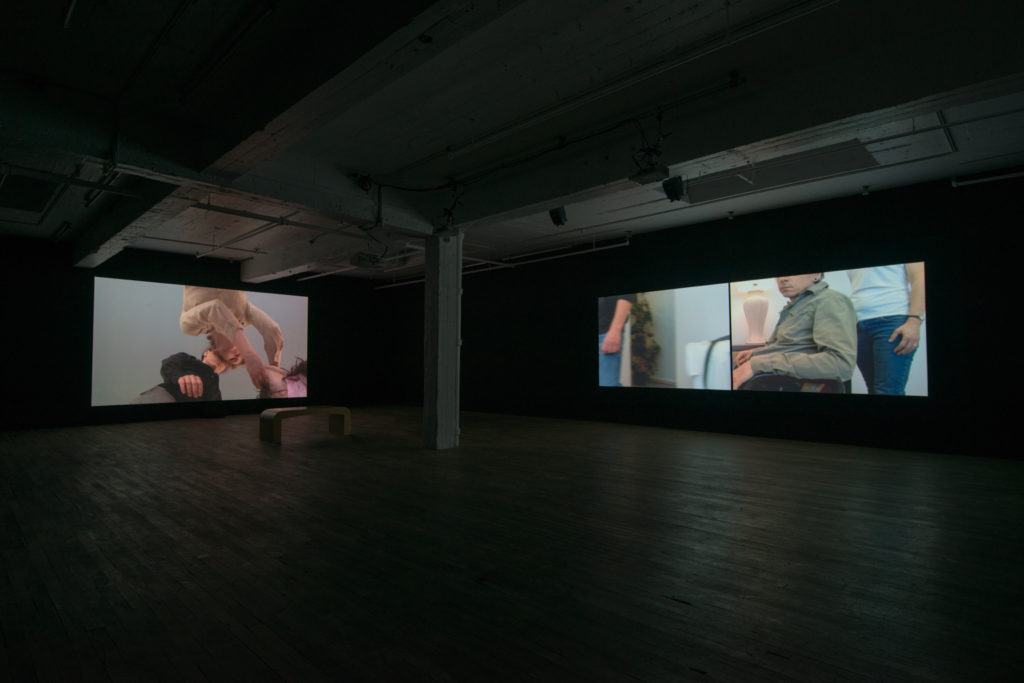 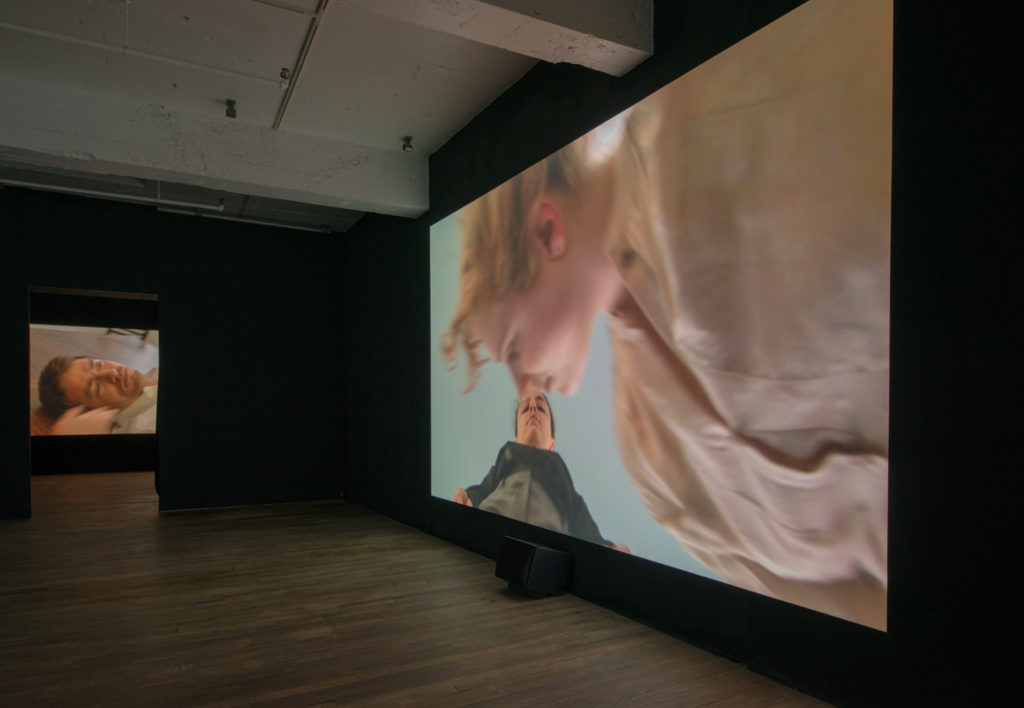 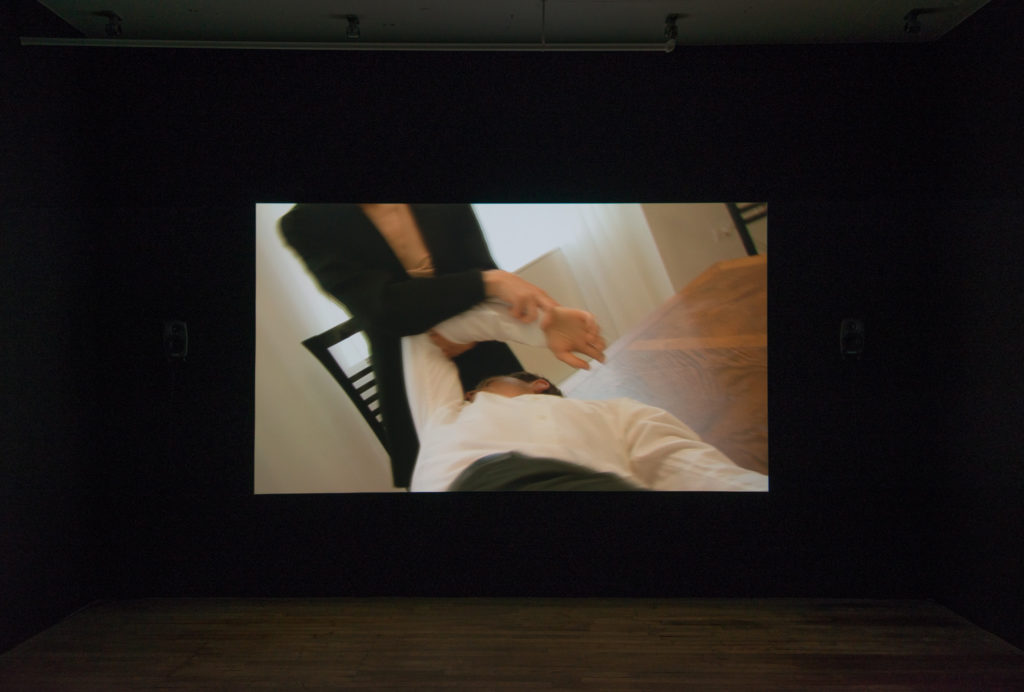 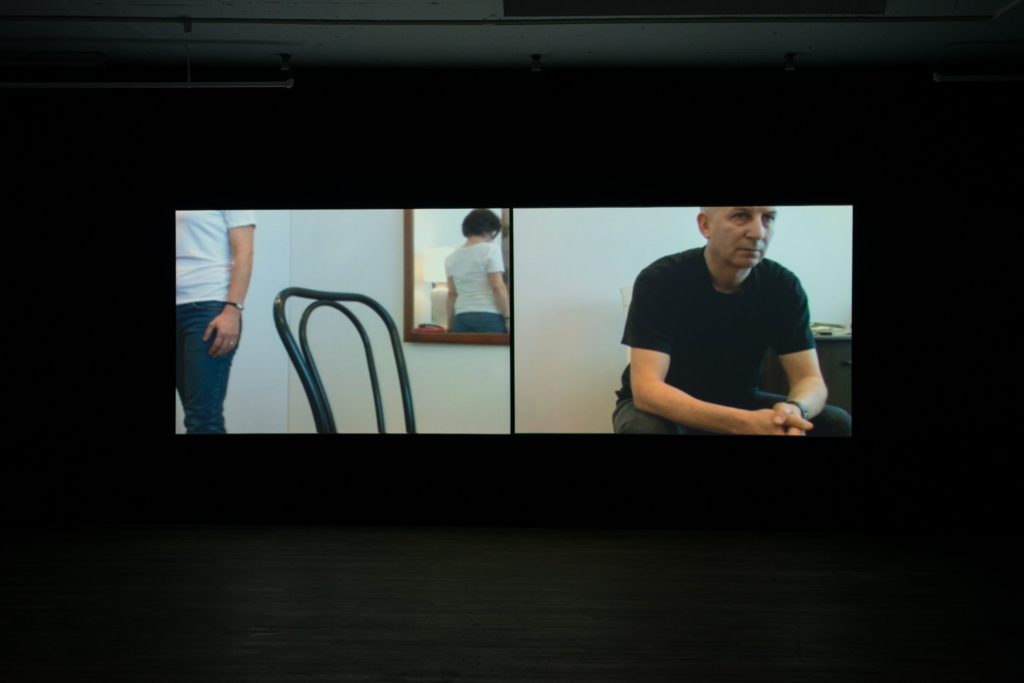 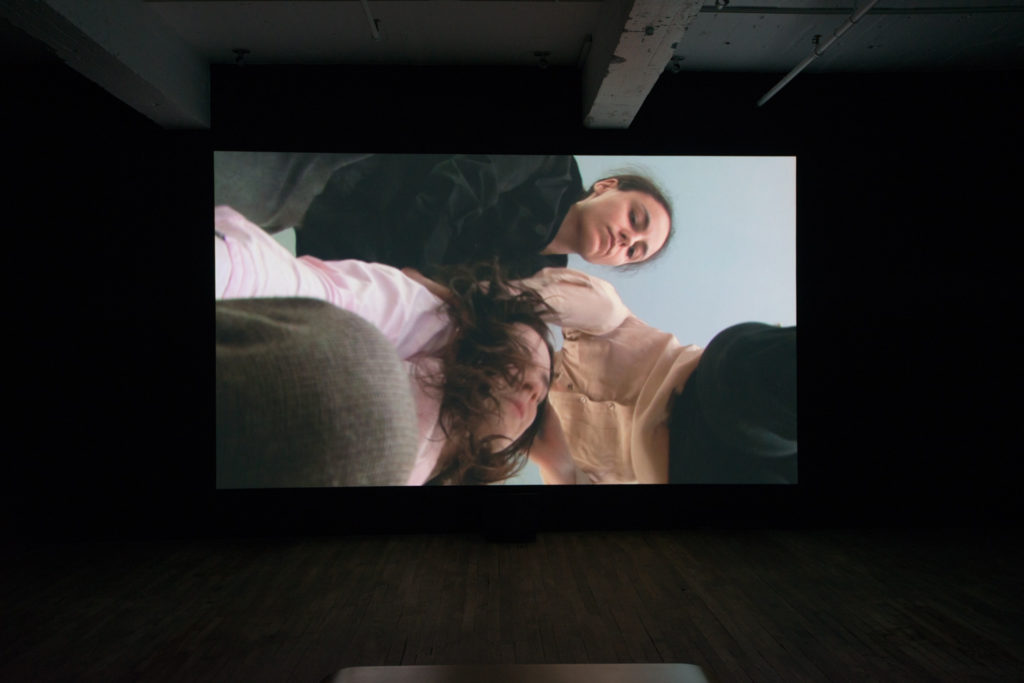 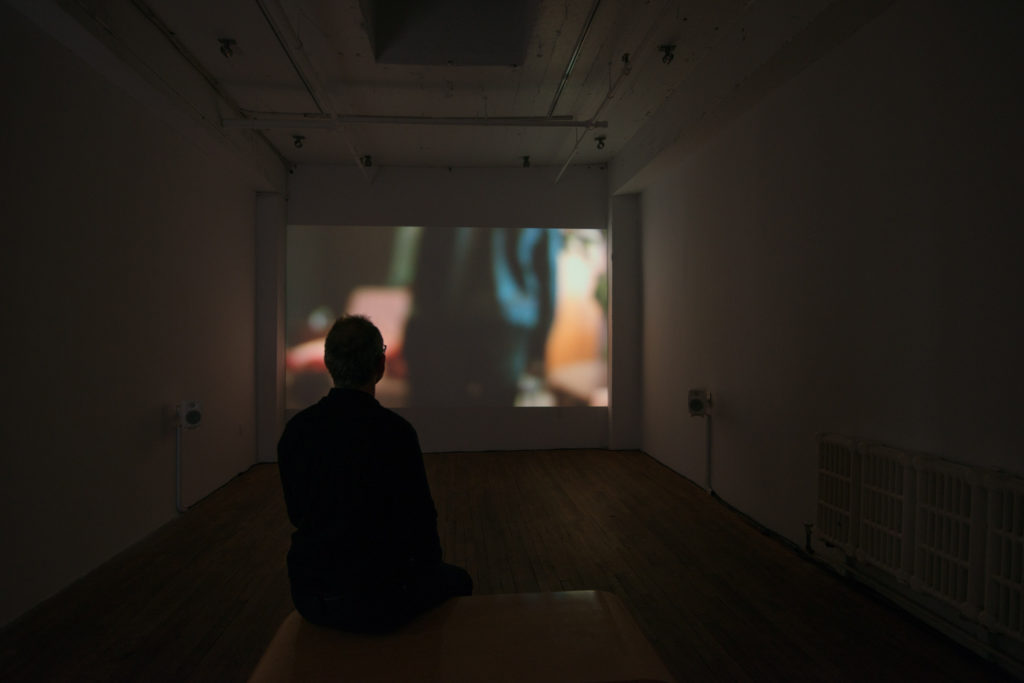