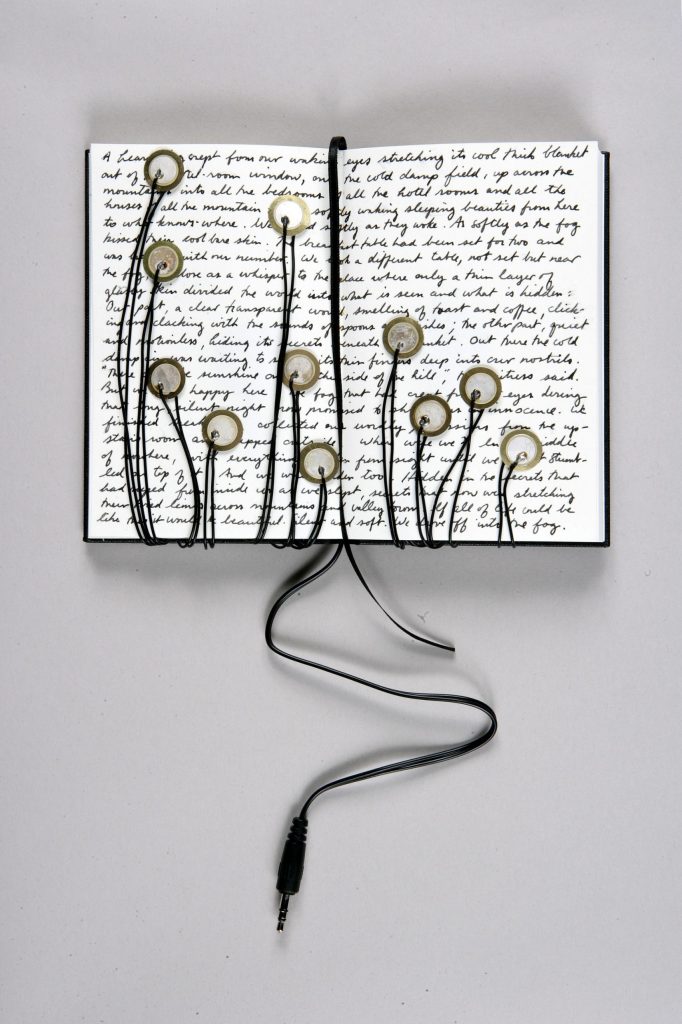 Concert Pulsar *3 on Monday, April 14 at 8 pm at the Planétarium de Montréal

The exhibition sounds on paper presents Robin Minard’s recent sound objects made with books and paper as well as the sound installation Silent Music, a work that has been presented in museums and public spaces worldwide since 1994. Minard’s audio books (2005)—originally created for the Bibliothèque Robert-Desnos in Paris—present small loudspeaker elements superimposed over hand-written texts. The organic-like arrangement of the elements recalls Silent Music. The audio books led in 2006 to the creation of à lire en silence, a first set of artist-editions consisting of small notebooks with texts and loudspeaker elements, audio CD and presentation box. à voir en silence, another edition project, brings together the same elements but on hand-made paper into which loudspeaker elements are directly integrated. [R.M.]

Robin Minard was born in Montreal in 1953. He studied music composition and electroacoustic music in Canada (at McGill University and the Conservatoire de Musique) and Paris. Since the early 1980s a main part of his work has focused on sound installation in public spaces. His works have been presented in countless festivals, museums and public venues. From 1992 to 1996 he was lecturer on the subject of sound installation art at the electoacoustic studio of the Berlin Technical University.