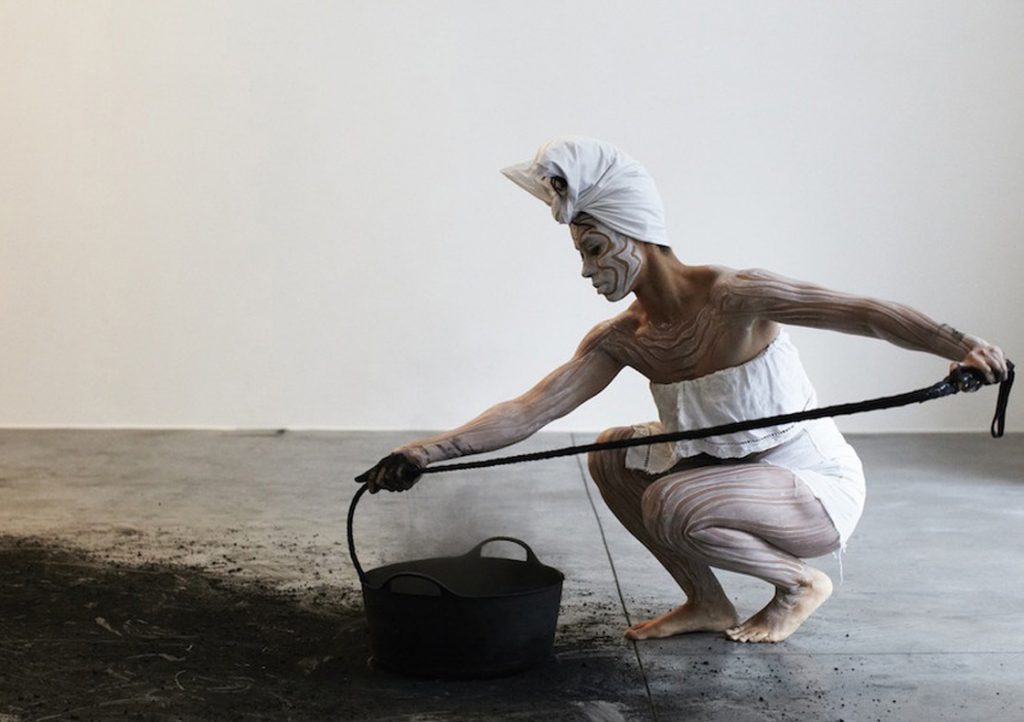 Jeannette Ehlers‘s work often addresses themes and questions around memory, race and colonialism. In the performance Whip It Good, the artist reenacts one of the brutal punishment methods used during slavery. In using the same method on a white canvas, she creates a personal and simple, though contradictory, artistic act of striking back. The work was first presented for BE.BOP13 in Berlin at Ballhaus Naunynstrasse in 2013 and later recreated as a video piece at Vestindisk Pakhus (“The West Indian Warehouse”) in Copenhagen, where, in earlier times, rum, sugar, and coffee from the Antilles were lugged in.

In Montreal, the video of her performance is presented as part of Bossale World, the first edition of Af-flux’s Black Transnational Biennial, curated by Eddy Firmin. In partnership with Af-Flux – Biennale transnationale noire.

Based in Copenhagen, Denmark. Jeannette Ehlers graduated from The Royal Danish Academy of Fine Arts 2006. For years she has created cinematic universes that delve into ethnicity and identity inspired by her own Danish / West Indian background. She challenges and explores the film medium’s ability to communicate in a visually fascinating and engaging language. Her pieces revolve around big questions and difficult issues, such as Denmark’s role as a slave nation – part of the Danish cultural heritage, which often gets overlooked in the general historiography. 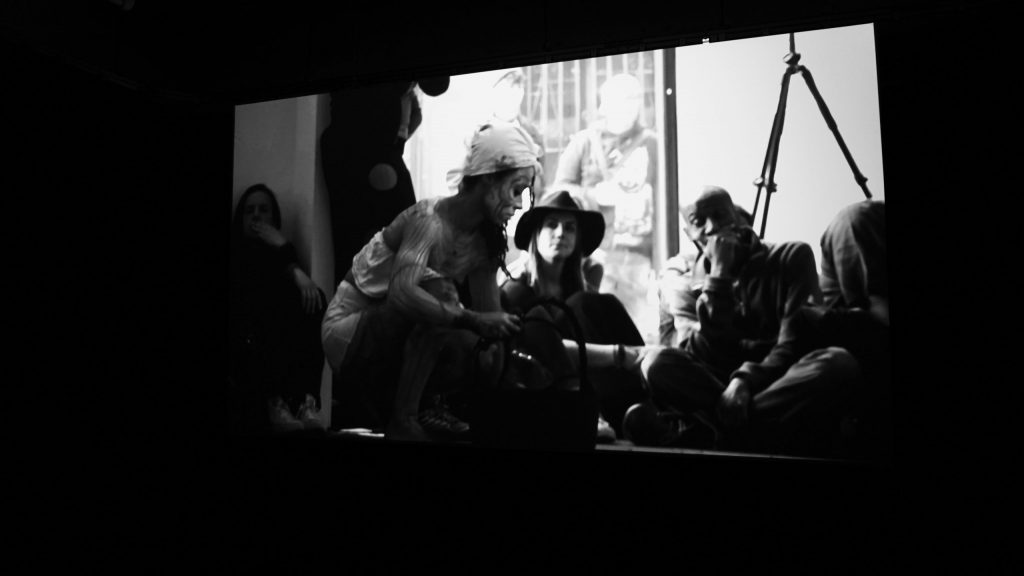 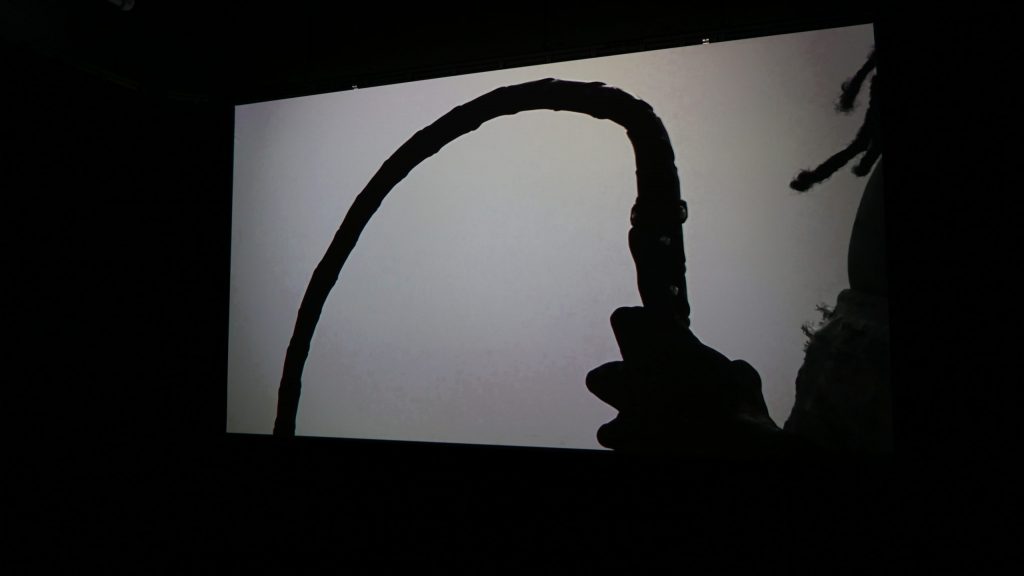 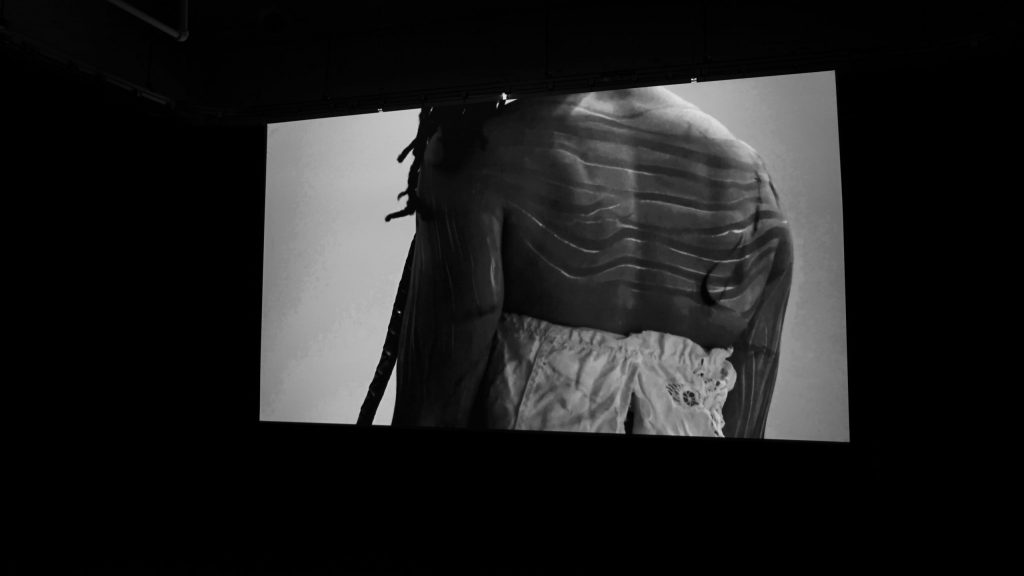 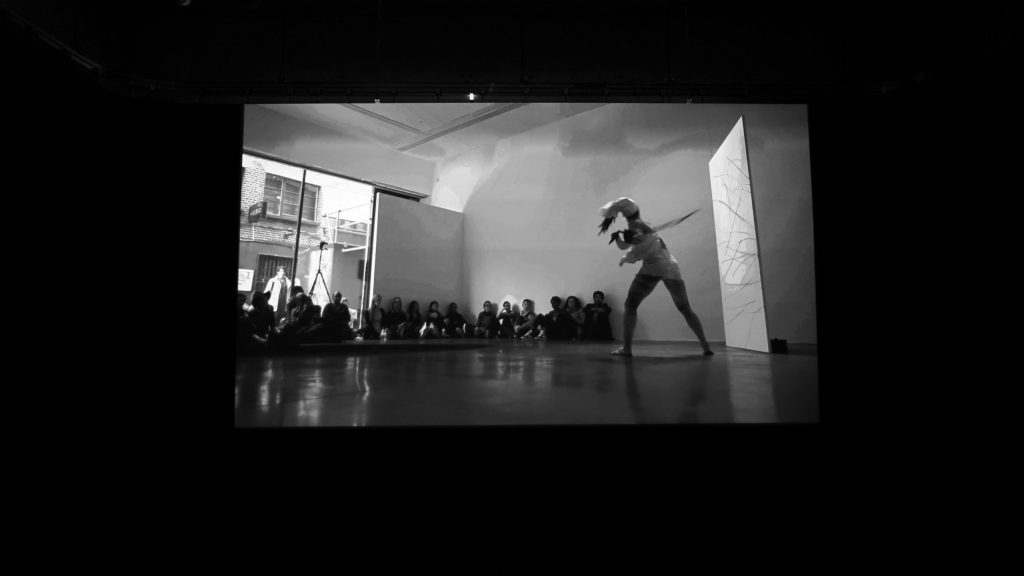