Helena Martin-Franco An Elephant in the Room 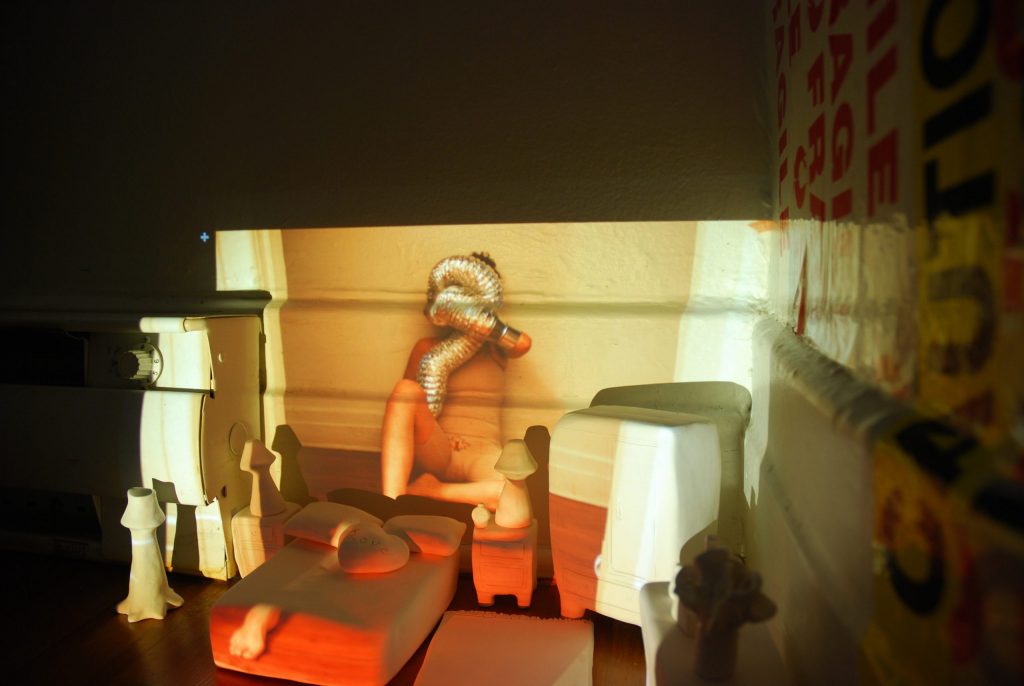 During her residency, An Elephant in the Room, Helena Martin-Franco will focus on the creation of a series of short video performances and on the development of new representations of her character the elephant woman from her on-camera incarnation. The elephant woman is inspired by the Spanish expression “tener el moco en el suelo,” which literally translates as “having your trunk on the floor”. It expresses a state of sorrow. For the elephant, this feeling takes the form of being spited in love, a state that is called “despecho” in Spanish, and which refers to a period of withdrawal from the beloved, an abandonment of the object of desire, of an illusion. This feeling is used as a starting point to investigate three universes: a woman who questions gender roles and gender within the couple, an immigrant who is melancholic about the fragility of authentic intercultural encounters, and an artist who is revolted by the seductive mechanisms of artistic discourses that are sometimes too smooth and homogeneous. Her research addresses themes of decolonizing the body: the border body, the female body, the feminist body.

Helena Martin Franco, born in Colombia; she lives and works in Tiohtiá:ke/Montreal. Recipient of the 2018 POWERHOUSE PRIZE, with an MFA in Visual and Media Arts from the University of Quebec in Montreal, her work has been presented in the Dominican Republic, Lithuania, Spain, New Zealand, Colombia, Bosnia-Herzegovina, Iran, Argentina, Cuba and Canada. Recently, she has presented her work in performance, audio and video in Montreal at the PHI Foundation, Studio 303, the SBC Contemporary Art Gallery and the aluCine Latin Film + Media Arts Festival in Toronto. She is the founder of L’Araignée, a collective for the dissemination of contemporary art; La Redhada, Red de mujeres artistas del Caribe colombiano; CAVCA, Comunidad de artistas visuales de Cartagena y Bolívar; and Las meninas emputás!