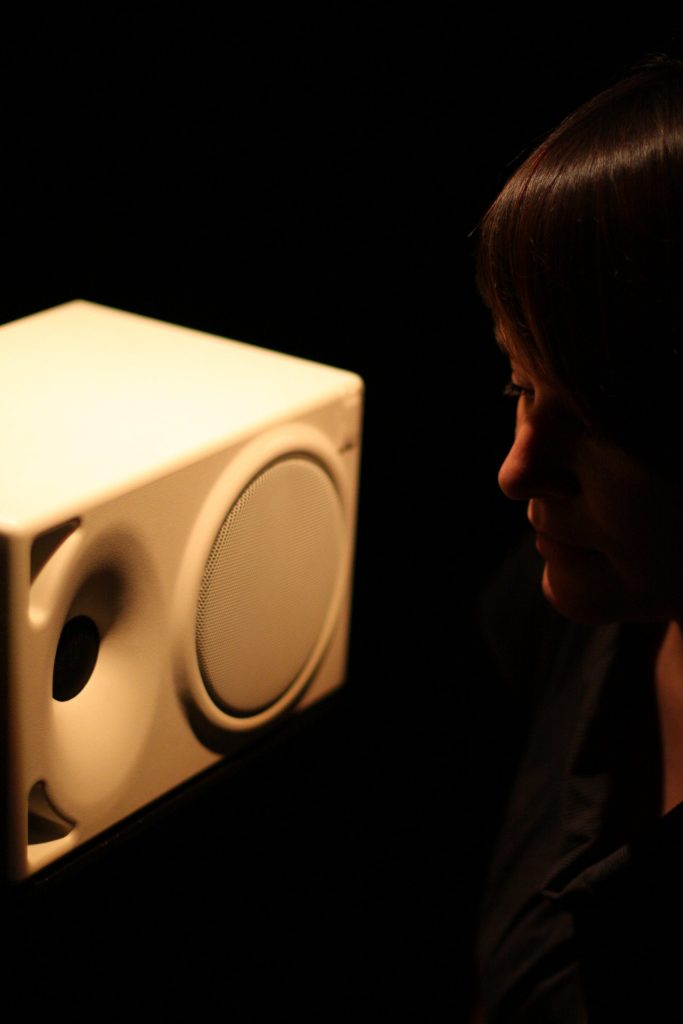 Motifs et moirés is a new spatial sound installation from Philippe-Aubert Gauthier that explores the audible and spatial defaults inherent to digital loudspeaker array technology in the contexts of both individual and group listening. The listener’s movements and positioning within the installation influence the unfolding of a spatial pattern containing both distorted and clear sounds. The intimate scale of the audible zone, where both psychoacoustic masking and interference from raw digital bits operate to expose a voice, highlights the banal character of sound clips taken from the extensive speech database known as SpeechDAT II.

As a continuation of Gauthier’s interest in the creation and partitioning of public and private acoustic spaces using both emerging and established sound technologies, Motifs et moirés draws attention to auditory illusion and phenomena that indirectly reveal the perturbing temporal spread of the audible now. For his residency at OBORO, Gauthier is working on his first experiments in this vein. The artist’s talk will be a forum for the artist to discuss the principles behind the installation, the subculture of the SpeechDAT, and his own reflections on these topics.

This project is supported by a grant from Canada Council for the Arts (Grants to New Media and Audio Artists).

Philippe-Aubert Gauthier is a sound and digital artist, musician, junior mechanical engineer, M.Sc., Ph.D. in acoustics and professor at the Université du Québec à Montréal. The heart of his of his artistic approach is based on the interactions of arts, cultures, sciences and technologies. He navigates in a vision of research and integrated creation in which each of these fields of action and related knowledge is used for the development of artistic and musical pieces that address the social and cultural constructions of technologies.