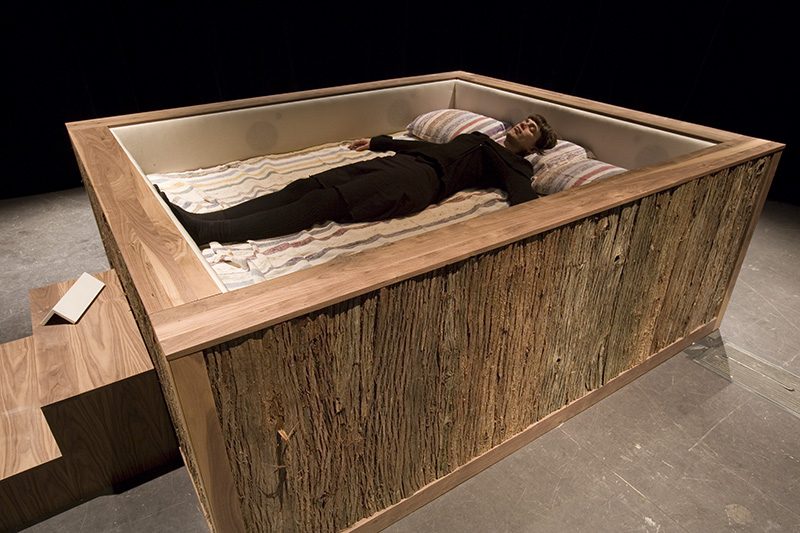 Offering both an acoustic and social encounter which explore our perception of sound, Kaffe Matthews’ Sonic Bed, developed at Avatar and presented during Mois Multi 2007, is reinvestigated with new soundtracks that Magali Babin, John Oswald and Georges Azzaria created during a residency in June 2008.

Visitors are invited to lie down on a wood-framed Sonic Bed activated by the vibrations of a soundtrack that resonates along the body and offers a “sound massage” that can be as relaxing as it is unsettling.