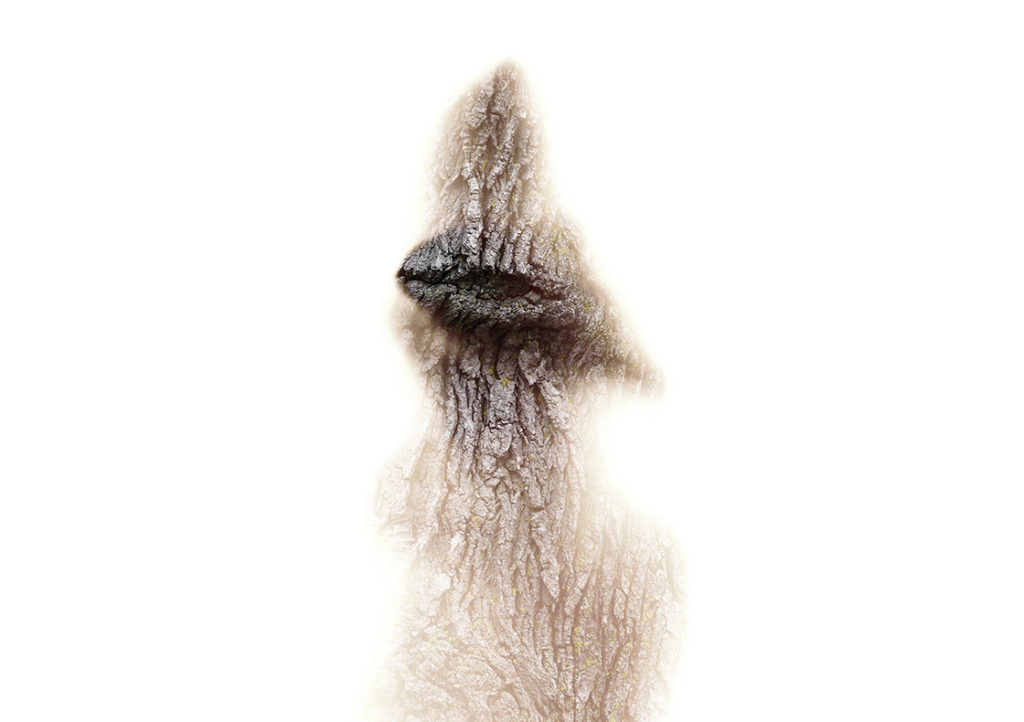 in collaboration with Yves Daoust

Sous-Bois inscribes itself in the disciplinary field of photography. Sylvie Chartrand’s residency at OBORO will allow her to generate a series of ambiguous portraits from the superimposition of shadows and parts of bruised bark. With their cracks, breaks and rot, trees defend themselves, heal and seek to recover. It is all of life, clever and resilient, that seems to get up and renew itself with them. At the edge of the visible, bruised barks sometimes deliver “promises of figures” that fascinate her; fish, reptiles, birds, mammals, humans and numerous expressions, unusual or familiar, stand out discreetly. Her intention is to take these emerging figures and to assert their singularity, their ambiguity, by surrounding them by a vague silhouette. Thus, each face will develop from the wound of a tree.

Sous-Bois will invite the viewer to dream of the living and its surprisingly rich configurations that are also, sometimes, strangely analogous between plant, animal and human spheres. The project integrates the body and the puppet play of its shadows in contact with a translucent screen. It involves video capture, a selection of still images and digital processing prior to printing on paper. The sound dimension of Sous-bois will be created in residency, in collaboration with Yves Daoust. In relation to the photographs, it will consist of vocal textures associating bark scraping, onomatopoeias and synthetic sounds.

Sylvie Chartrand is a multidisciplinary artist who lives and works in Montreal. She approaches the human figure in relation to other forms of living things, arousing ambiguous imagery through the intermingling of their analogous features. Taking advantage of the phenomenon of pareidolia, she shows the body through its shadow, sharing in its contours its identity with that which is foreign to it.