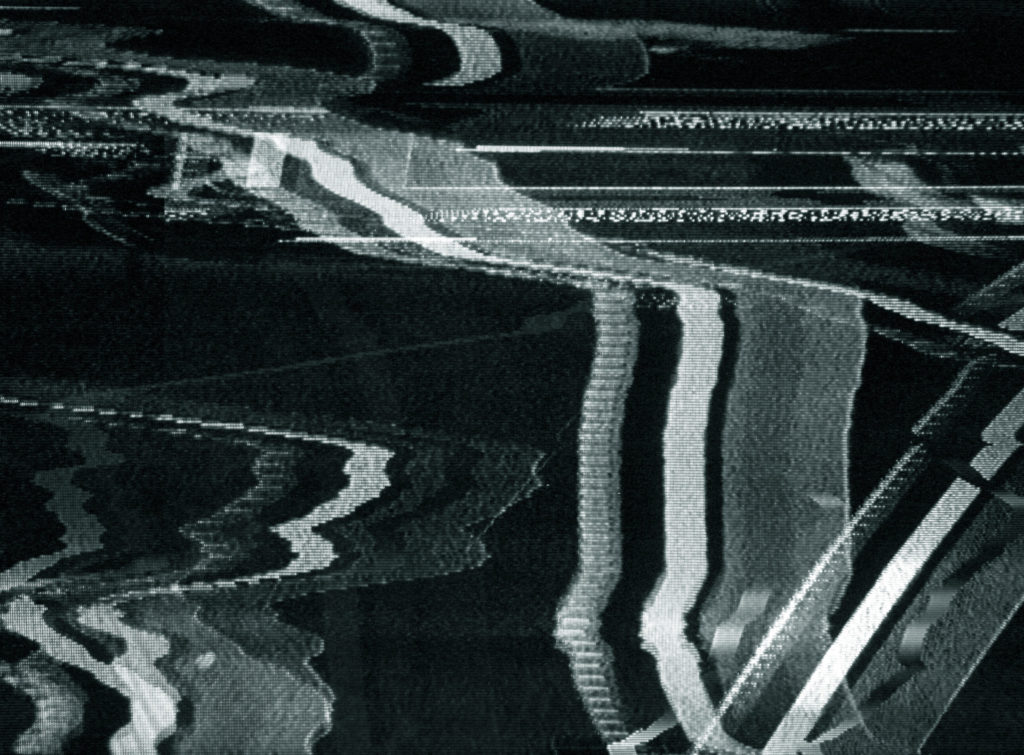 The development of modern technologies in the late 19th century and early 20th century is entangled in the productive frictions between positivist endeavors, which sought to explain away the unexplainable and recast the unknown universe according to physical and provable laws, and a revival of occult belief systems, which embraced the multifarious possibilities of “new” technologies in an effort to reclaim a discursive space for the metaphysical and the paranormal.

Static: Tense of Space is a curatorial project focused on the notion of “static” (electrostatic interference, white noise, glitch, image artifact, tv snow, radio silence), and its modulation of space. “Static” indexes a field of transmission; a site of indeterminate volume and scale; a scene of non-identity; a technologically-mediated atmosphere that traffics in the imperceptible, the subliminal, and the unsightly. As a threshold phenomenon long-associated with occulted realms, static restores the esoteric lineage of the word “medium”—its fluctuations between material and immaterial manifestations, spectral ecologies, and the forms (and formlessness) of threatening presences. Its scope ranges from a random and negligible nuisance to an immersive environment that elicits uneasy contemplation.

This project seeks to expand the historical and conceptual parameters of media beyond technological determinisms, and to contextualize contemporary art practices that evoke both the imaginaries of horror (haunted media) and the politics of opacity (uninvited surveillance), by rehabilitating the plasticity and sentience of space. In static, space becomes volatile, promiscuous, expansive, immersive, alive—it is everything but static.

Born in Mexico City (1981), Mara Fortes is a researcher and a curator. She holds a B.A. in Film and Media Studies from Swarthmore College (USA) and is currently a doctoral candidate in Cinema and Media Studies at The University of Chicago (Dissertation: Cinema Atmospherics and the Spatial Uncanny).