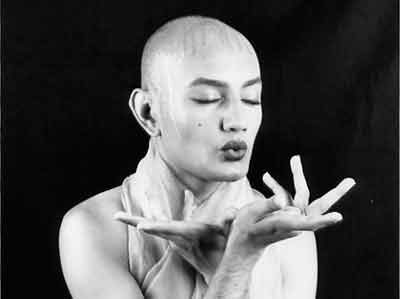 Unique Mythology is a triptych of surrealistic video poems on the themes of creation and destruction. The images, words, movement and iconography are inspired by genetic engineering, sacred mythological texts and astronomy. The music is a fusion of electronic sounds, Gamelan, Indian and Arabian styles. The costumes are over-the-top theatrical visions, transmuting the human body into animal and mythical god-like forms. All these elements come together in the three video poems called Garden of Allah, Space Age Mythology and Wash.