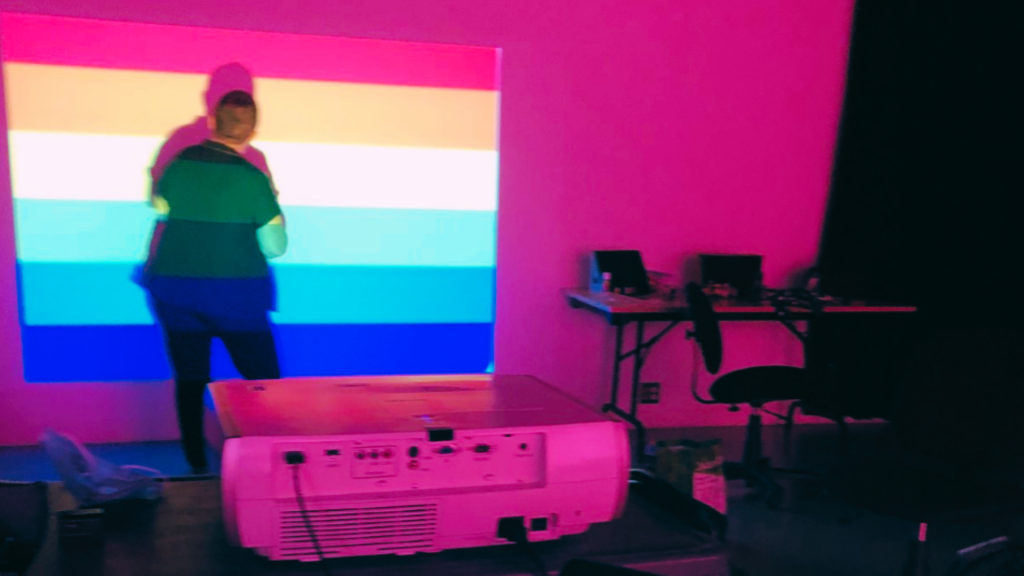 Register to attend the launch HERE. You have until January 17, 2023.

OBORO and the Centre de Solidarité Lesbienne (CSL) in collaboration with the Quebec Lesbian Archives invite you to the launch of the video Les Navigatrices III : et voguent les navigatrices

A screening followed by an intergenerational discussion on lesbian voices

Les Navigatrices III : et voguent les navigatrices is a collaborative video conceived and produced by six older lesbian women with the support of artist mediators Sylvaine Chassay and Mathilde Geromin, and the collaboration of Suzie Bordeleau, a social worker at the CSL.

Resulting from a series of cultural mediation workshops, this project was imagined by Sylvaine and Mathilde following repeated requests from participants of the workshops Les Navigatrices I and Les Navigatrices II, held in 2018 and 2021 thanks to a partnership between the artist-run center OBORO and the Centre de Solidarité Lesbienne.

The collective aspect of the narrative relies on the interweaving of personal stories that, put together, express one collective story. Thus we find :

– Karol who, at 14, goes to meet her community in lesbian bars,

– Danielle, who bursts balloons of unbearable insults and demands,

– Michelyne, who does not see herself in the butch/femme model of the 1970s,

– Pyard, who dances through their diversities — they are unique,

– Monique who, at 65 years old, arrives in the lesbian world, because she is now ready,

– Denyse who offers an ode to the journey of les Navigatrices and to the feminist LGBTQI2S struggles,

– Michelyne who, surrounded by her Navigatrices allies, gives a middle finger to lesbophobia and to the prejudices of her neighbors.

The series of workshops relied on the willingness of participants to speak out collectively and to make their voices public.

The objective was to explore and promote their common heritage as older lesbian women.

Let us remember that for a certain generation, being a lesbian was shaped by the demand to remain silent, because being vocal was “a death sentence”: it meant either being criminal or crazy.

We forget that until 1969, being a lesbian in Quebec was punishable by imprisonment and that many ended up in psychiatric hospitals.

The film will be deposited with the Quebec Lesbian Archives so as to leave a trace of this part of our history.

This project was funded under the Agreement on the cultural development of Montreal between the City of Montreal and the Government of Quebec, for the MTL Cultural Mediations program.