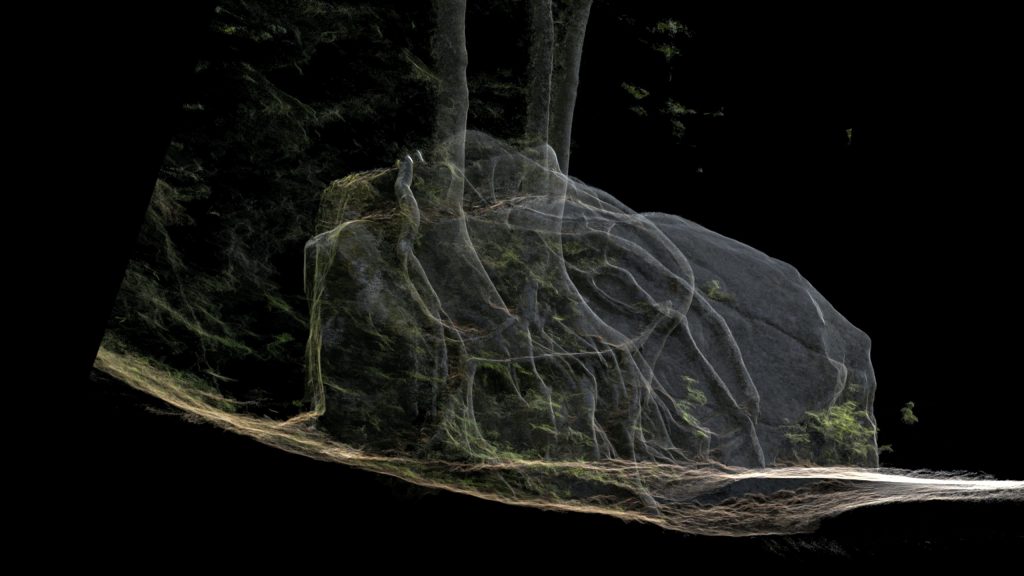 La Terre en suspens is inspired by geology in order to probe the space-time and materiality of the digital. Mainly composed of digitized rock formations and fragments of territories altered by algorithms, the works echo the implications and effects of certain technologies on perception, while offering new perspectives on the evolution of the Earth, its substance and the processes that impact it, such as erosion, volcanism, as well as the extraction and transformation of minerals in a context marked by globalization and climate change.

This exhibition is the result of several residencies in Quebec and elsewhere in the world. During his stays, François Quévillon conducted fieldwork and met with communities to examine local environmental particularities and concerns. The extraction of tezontle from extinct volcanoes south of Mexico City; the importation and residue of bauxite from the aluminum industry in the Saguenay-Lac-Saint-Jean region; lithium mining, water and the forest in Abitibi-Témiscaminque; and the St. Lawrence coastline are among the subjects addressed. As a result, the diversity of the devices presented questions our relationship to screens, reminds us of the mineral nature of their components and the resources required by the digital and energy transition.